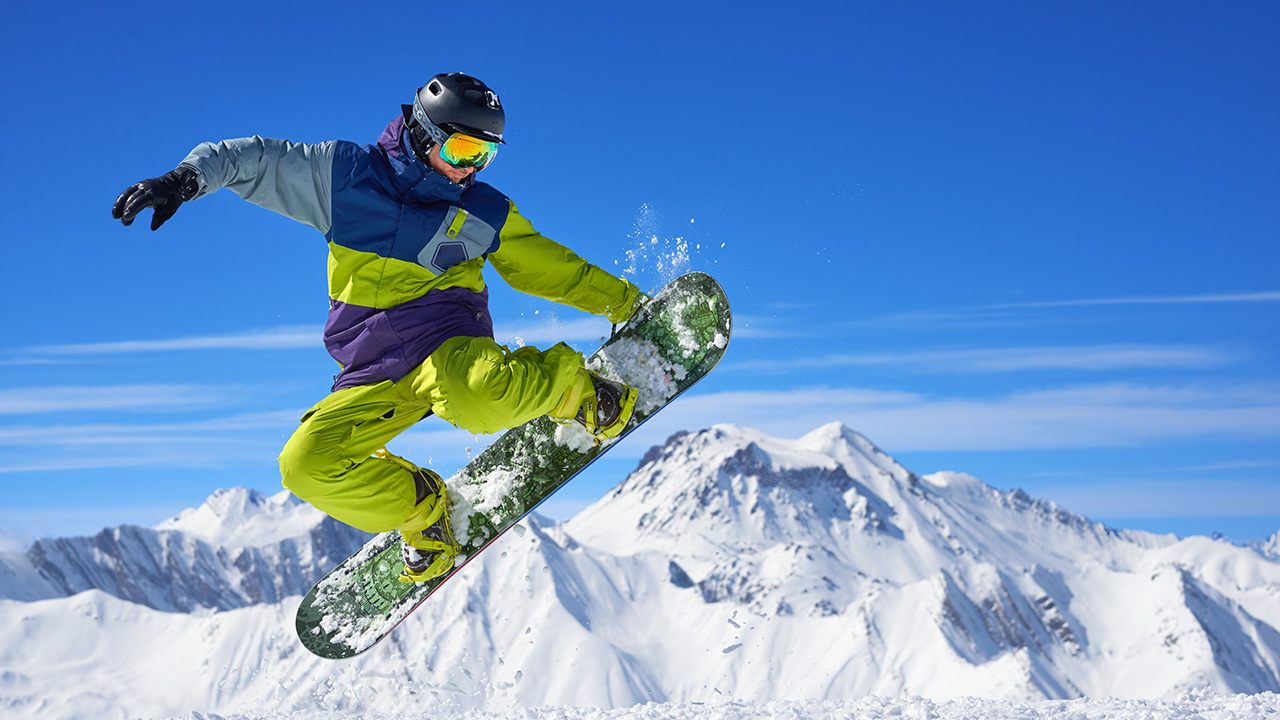 It’s one of the best feelings in the world. Your heart is racing, your legs are shaking, and you’ve got a smile from ear-to-ear.

That’s how I feel when I push myself on my snowboard, and I feel the exact same way when I walk off the stage after a keynote presentation.

This may be a seasonally inappropriate simile. As I write this post I am sitting on my patio. It’s 30ºC (86ºF) outside, and there’s a beer beside me. (Yeah, it’s good to be an entrepreneur.) But bare with me for a moment.

Snowboarding is my favorite winter sport, and it has a lot of parallels to public speaking.

Speaking is one of the most thrilling things you can do in business. It’s an adrenaline rush to get up in front of people and share your ideas. And it’s an absolute thrill to connect with your audience and nail your talk.

Speaking is also a very deliberate activity. You’re not born an incredible orator. It takes training, practice, and the ability to pick yourself up when you fall down.

The idea for this post originated with a conversation I had over the weekend. A friend of mine was asking me about my latest speaking activities, and how my skills have evolved.

This has been a whirlwind year for me. Since Sticky Branding (the book) launched in January I have been speaking almost weekly. But my talk at the Family Business Symposium in May was a breakthrough in my speaking.

It’s hard to explain, but several things came together on that stage. I could feel myself rise to a new level in capabilities and delivery.

As I told my friend, it felt like learning a 360. A 360 is a snowboard trick where you do a complete spin, rotating 360º, in one jump. I fell countless times trying to figure out how to land a 360, but once I landed it I never forgot how to perform the trick.

The same was true at the Family Business Symposium. I have been pushing myself with each talk to connect with my audience and live in the moment. This has been surprisingly challenging. There’s so much happening on stage that I find it hard to get out of my own way. At Symposium I made a few adjustments to my prep and approach, and it made all the difference. I nailed it.

To break through plateaus in your speaking takes practice. You’ve got to speak a lot to be a great speaker.

Get Back Up After a Fall

Speaking can be a high risk activity. Things can and will go wrong, and this can be incredibly embarrassing when it happens.

In the mid-2000s I was the labor pundit for a local television station. I appeared regularly to talk about the job market and the economy. On my third appearance on TV the anchor asked me an unexpected question, “So why are you here Jeremy?” I felt like a deer in the headlights. I didn’t know how to respond and just started rambling.

After what felt like an eternity, the producer signaled for me to wrap it up. This all took place in ninety seconds, but I was mortified. I couldn’t believe how poorly I had performed. The funny part is no one else noticed. Friends and family said I looked a bit nervous, but it really wasn’t that bad.

This was a valuable experience. It was an opportunity to get better.

A key lesson in snowboarding is if you’re not falling you’re not growing. Snowboarders rarely stick a trick on the first attempt. When you crash you get up, brush yourself off, and go do it again.

I hired Mark Bowden for speaker training, and I studied the tapes of my appearance. The way I was approaching TV was flawed, and this was my opportunity to fix it. With Mark’s help I broke through another plateau, and appeared on TV for over five years after that. That crash gave me the opportunity to become a pundit versus a guest.

Be prepared to take risks and push yourself on stage. Not everything works out, but that’s how you learn. And when you fall, get back up and do it again.

I like to compare speaking to snowboarding, because it’s the only thing in business that gives me the same adrenaline high.

Speaking is a rush.

When you walk off stage your heart is racing, your legs are shaking, and you’ve got a smile from ear-to-ear. That’s a feeling worth replicating.