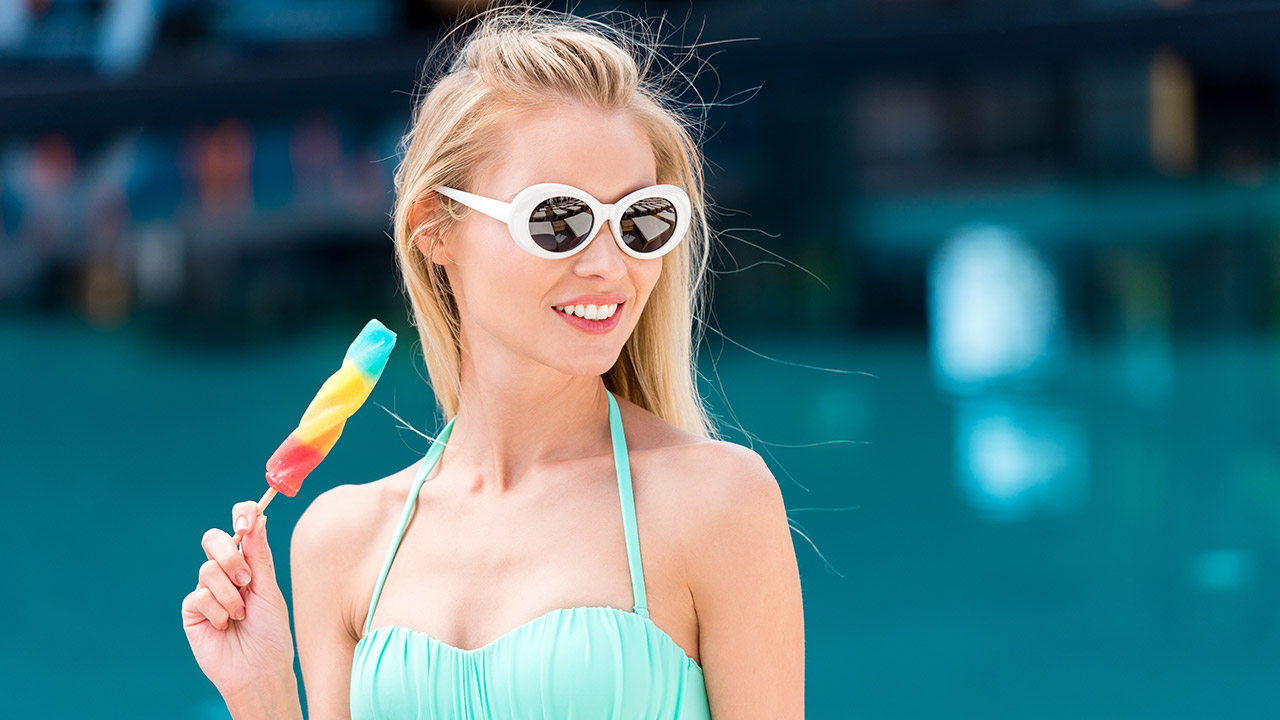 Great brand names can become common words. This happens when a company capitalizes on a great idea, works out the best strategy to brand it, and then the name becomes synonymous with what they do. Think of household names like Google or Kleenex. These are category-defining common brands that people convert into verbs and nouns. For example, you don’t just search the internet when you want to look something up… you google it.

What’s surprising is how many common brand names have transitioned into everyday language. Below are 25 examples of brands that became common words. And if you’re keeping count, you’ll find 7 more names placed in the copy of this post. Can you find them?

The Band-Aid was invented in 1920, and trademarked by Johnson & Johnson. The trademark is active today, but regardless of the product, do you know an “adhesive bandage” by any other name?

Bubble Wrap is a brilliant packing material and an immensely fun noise maker. The product was invented in 1957 and is a trademark of Sealed Air Corporation.

Walk the grocery store aisles and you will see countless items wrapped in cellophane. Cellophane is a thin, transparent sheet made of regenerated cellulose. It is trademarked in Europe and several other countries by Innovia Films but is a genericized product in the United States. 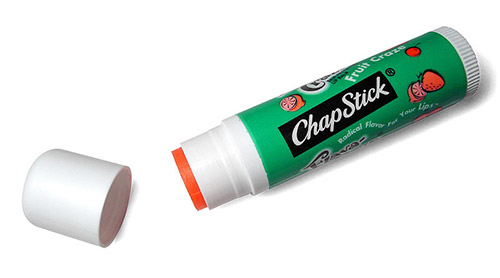 Lip balm may be the generic name, but Chapstick captures the essence of the product. Chapstick is one of Pfizer’s consumer brands. Due to the name’s popularity, the term has become a genericized trademark.

A Crock-Pot is a brand of slow cooker by Sunbeam Products. These handy devices cook your food all day at a low temperature so you have a tasty stew ready when you get home from work.

Dry Ice is the solid form of carbon dioxide. (Thank you, Wikipedia…I learned something new today.) The Dry Ice Corporation of America trademarked the solid form of CO2 as “Dry Ice.” The name stuck and became the common name for the substance. 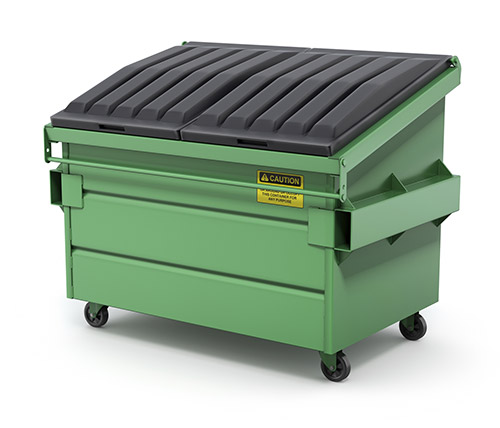 Dumpster is one of the words that surprised me on the list. For some reason, I just assumed this is what you call a garbage bin. But it’s a brand of the Dempster Brothers. The name is a portmanteau — the blending of two words — of the word “dump” and the last name Dempster.

Otis Elevator Co. trademarked the word “escalator” in 1899. They created the word by combining the Latin word for step, scala, with the word “elevator.”

Fiberglass is the brand name for “glass wool.” It was trademarked by the Owens-Corning company.

Some of the most common words began life as trademarked brands. Flip Phone was originally a trademark of Motorola. 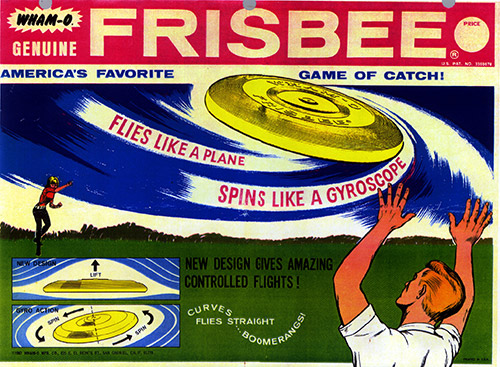 Laundromat was another surprising name for me on the list. This is a trademark for a coin laundry shop. It was registered by Westinghouse in the 1940s, but they let the trademark expire.

The company Sony branded their portable flash memory as a Memory Stick in 1998. The first Memory Stick held up to 128 MB. It’s kind of quaint to think that was a lot of storage back then. Meanwhile, my iPhone has 128 GB of storage…and I still keep running out of space. 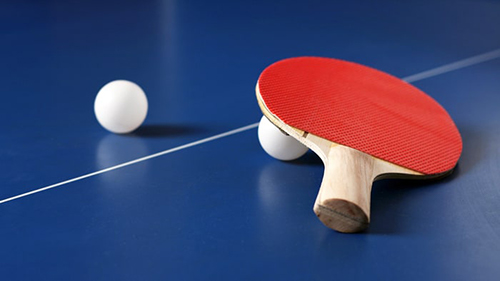 Ping Pong is a brand of table tennis products owned by Parker Bros. They coined the name in 1901. The founders thought the sound of the small ball when they hit it across the table sounded like “ping pong.”

Popsicle, generically known as “ice pops” or “freezer pops,” is a registered trademark of Unilever. Frank Epperson popularized Popsicles after patenting the concept of “frozen ice on a stick” in 1923. Epperson claimed to have first created an ice pop in 1905 at the age of 11 when he accidentally left a glass of powdered soda and water with a mixing stick in it on his porch during a cold night.

This is another “Who knew?” name for me. We often call real estate agents “realtors,” but the term is a trademark of the National Association of Realtors. The terms “Realtor” and “Realtors” refers to members of the association, and not to real estate agents generally. 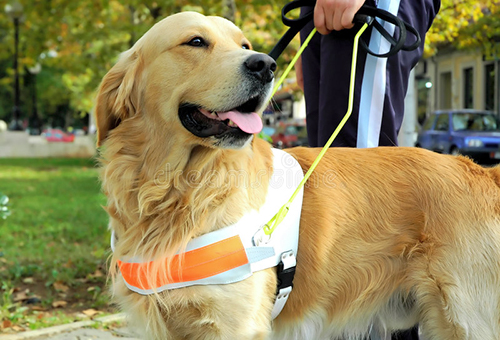 The Seeing Eye, Inc. is a guide dog school located in Morristown, New Jersey. Since 1929, the organization has trained guide dogs to assist visually impaired people. Interestingly, a “Seeing Eye Dog” is a trademark. If anyone else trains a dog, it’s a “guide dog.” This is another example of a remarkably effective brand name.

Sheetrock is the trademark held by United States Gypsum Corporation (USG) for its drywall product. This product is omnipresent in modern home construction, and has largely replaced plaster.

Styrofoam may not be considered a “green product” anymore, but it’s still commonly used for foam cups, plates, and coolers. This is a branded product of polystyrene, and the trademark is held by Dow Chemical.

“Super glue” is used informally as a verb or noun, but it is a trademarked product of Super Glue Corporation. It’s a brand of cyanoacrylate adhesive, and as we all know it’s super sticky. 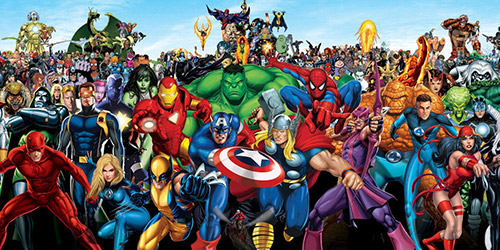 This is really neat. Super Heroes is a jointly owned trademark by DC Comics and Marvel Comics. I guess only DC and Marvel heroes can be super.

George Nissen and Larry Griswold invented the Trampoline in 1936. Nissen was a gymnastics and diving competitor and Griswold was a tumbler on the gymnastics team. The name came from the Spanish word “trampolín,” meaning a diving board. George had heard the word on a demonstration tour in Mexico in the late 1930s, and decided to use an anglicized form as the trademark for the apparatus.

Ampex Corporation owned the original trademark for “videotape.” They were an early manufacturer of audio and video tape recorders, and quickly became a leader in audio tape technology. Ampex developed many of the analog recording formats for both music and movies that remained in use into the 1990s.

Windbreaker was Celebration Trading Inc.’s trademarked word for jackets. Now, a windbreaker is a thin coat designed to resist wind chill and light rain, a lighter version of a jacket.

This may be the greatest piece of automation ever invented for clothing. The Zipper was originally a trademark of B.F. Goodrich for use in rubber boots. The word Zipper is onomatopoetic — a word that phonetically imitates the sound that it describes. They named the product after the high-pitched “zip” sound the device makes.

Your Turn to Brand It

This is only a small sampling of brands that became common words. What other words come to mind that originated as brand names? Can you think of anything you’d give the “brand it” treatment to? Tweet your examples to @StickyBranding and let’s brand it together!

Curious about our strategy? Take a look here!