The Will to Win: How Great Brands Fight the Status Quo 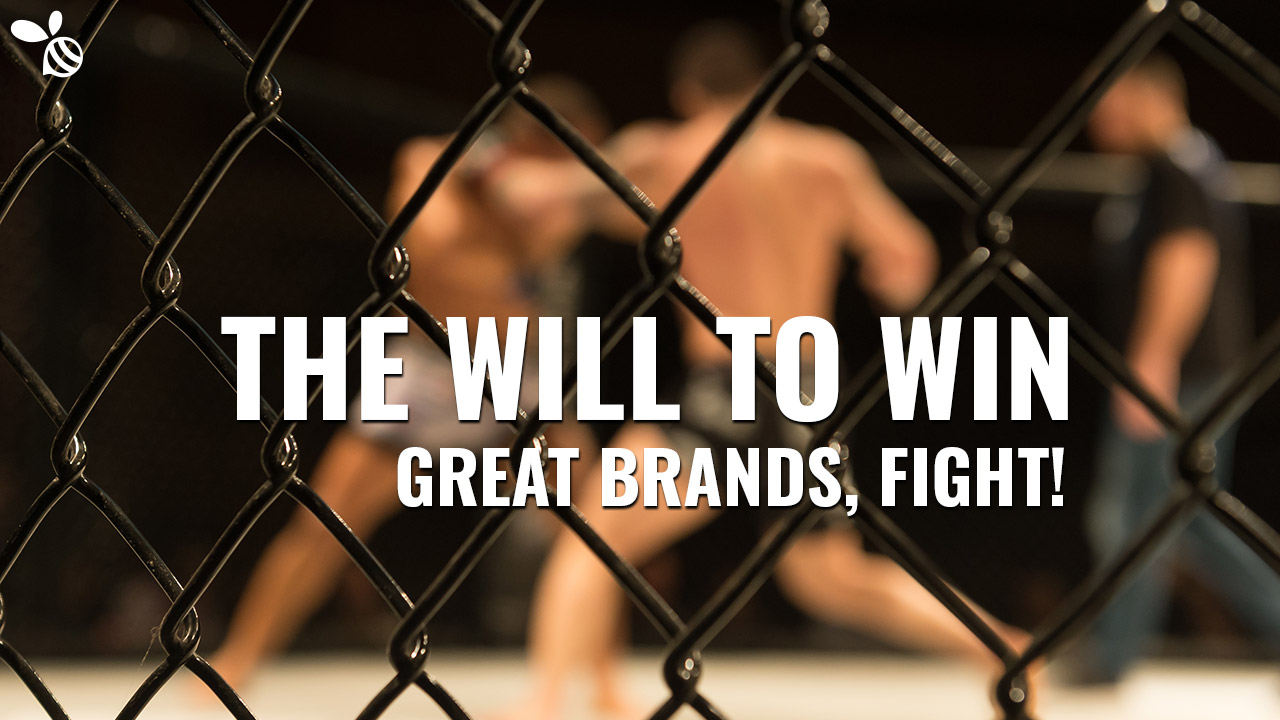 Remarkable brands aren’t built by accident. You have to fight for it!

Brands that win, fight. This doesn’t mean you have to “beat the competition” or even speak negatively about them. That’s not it. It’s more personal. It’s you and your team’s inner drive to create a remarkable brand.

It’s you versus the status quo. And losing is not an option.

Dave Logan (et al.) writes in Tribal Leadership, “Most strategies are based on an understanding of the external environment, not the highest aspirations of the tribe. As a result, even the best plans often fail because people aren’t giving it their all.”

That’s the truth! You can have the best strategy in the world, but if your team doesn’t step up and execute, it doesn’t matter.

It’s the will to win that separates average companies from Sticky Brands. Any team can come up with a brilliant idea, but only the driven will see it through to the finish line.

One of the best ways to rally your team’s energy and will to fight is by defining an enemy.

Marc Benioff, CEO of Salesforce.com, writes in Behind the Cloud, “Salesforce.com only acknowledged one competitor — the market leader. After all, that was the only position for which we were vying. Furthermore, it cast us in the right role as the underdog and visionary. It’s always wise to play the visionary card. Everyone roots for you. If there is no Goliath in your industry, go after the status quo.”

You can fight the giants of your industry, or destroy the status quo. Both are fantastic enemies for your brand to conquer. Give your team an enemy, because it will harness and focus their energy.

What is your brand’s arch enemy?

Whatever you choose to fight, make sure it’s big enough. Defeating an arch enemy should be no easy task.

When Salesforce.com attacked Siebel in 2001 they were a tiny startup, whereas Siebel was a publicly traded company with revenue of $1.8 billion and 8,000 employees. It was a classic David versus Goliath story. The small but very aggressive startup attacked the market leader, and won. Today, Salesforce is the Goliath of the CRM industry.

No brand can change the status quo overnight, but that doesn’t mean you shouldn’t try. That’s how brands truly stand out. They reshape conventions and expectations by attacking their enemy again and again.

Each small victory is a step forward. Each attack is a progression. But this is a fight that requires stamina. Every day your team has to re-energize itself to take on the fight and attack one more time.

Fighting a defined enemy is a powerful brand strategy, because it mobilizes your team. It makes it personal. You and your team are defending your convictions. You’re protecting your customers. You’re challenging the status quo. You are defeating your brand’s arch enemy.

A team that is driven to fight and challenge conventions will go far further than a team that’s executing a “business strategy.” A team that takes every challenge personally will push harder and accomplish more than a team of “doers.”

A team that wants to win and is committed to winning will grow a Sticky Brand.