An Empowered Team Can Out Innovate a Brilliant Individual 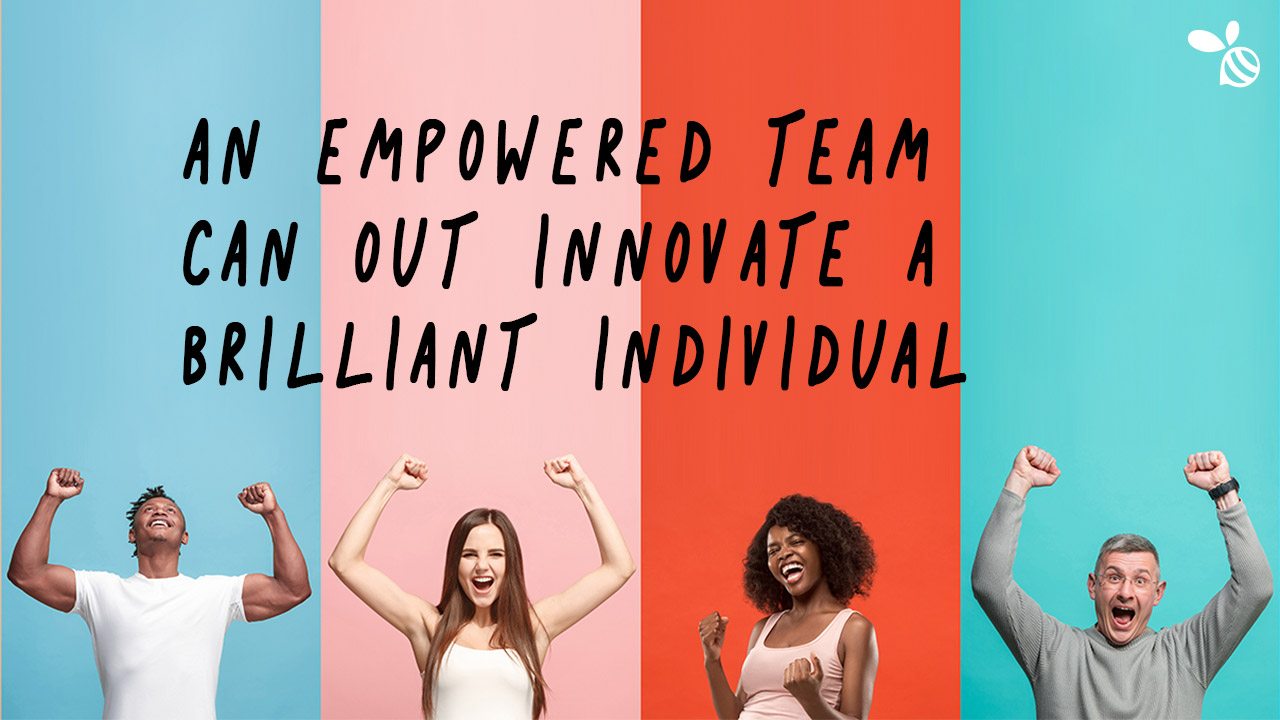 The lone genius is a powerful storyline. The founder, the creator, or the inventor has a breakthrough idea, and builds a company to exploit their genius.

But that doesn’t really happen.

Reid Hoffman, co-founder of LinkedIn says, “While it’s true that some people are much better at idea generation than others, it’s always better to have a number of people working on ideas simultaneously. The best idea may come from person, number 89. And you can’t always predict where the good ideas will come from.”

An empowered team can out innovate a brilliant individual.

Central Smith, for instance, was able to rapidly bounce back from losses triggered by the pandemic with an empowered team. Brett Stevenson, COO of Central Smith said, “We have an and-and culture. People had their jobs, and they’d ask, ‘What else can I do?’”

Central Smith is one of Canada’s largest ice cream manufacturers. At the height of the crisis, and with restaurants closed across the country, Central Smith had an overstock of product.

Meghan and Jillian, two employees, suggested putting up a Shopify site and offering curbside pickup. The duo launched the site within a week, and then reached out to the local Chamber of Commerce and a few food bloggers to help get the word out.

“The first week the site was live, online sales exceeded a normal month in the retail store,” said Central Smith’s CEO Ian Scates. “We were blown away by the community’s response.”

Meghan and Jillian’s experience is in stark contrast to how many employees have been managed during the pandemic. As companies worked to navigate the pandemic, empowerment declined. Leaders took back control and reduced employee autonomy.

This has been a key trend I have spoken to many times in this blog: you have to market and sell to executives to drive new business development, because managers have lost their purchase making autonomy.

From a leadership perspective, this trend also influences which companies are bouncing back faster. Companies that avoided the knee jerk response to take autonomy away from their teams have a competitive advantage.

Empowerment, even when it seems risky, starts with a leadership decision. Nothing happens until a leader makes a choice to empower their employees to be successful. This is easier said than done.

It would have been so much easier for Central Smith’s leadership team to hold the reins tight and make all the decisions. It can be scary to empower your team, especially when the world feels like it’s falling apart: what if they’re wrong; what if they don’t do it right; what if we lose money; what if… The fears can be paralyzing!

For those that saw their team as an asset, they found more opportunities, moved faster, and are bouncing back faster than their competitors.

Inside your organization is an immense and often untapped resource: creativity. Your team is creative. Your team has the potential to innovate and find solutions you never imagined. And that’s the kind of resource you want to harness to come back stronger than ever.

Discover how Sticky Branding can help your company grow. Book a demo.