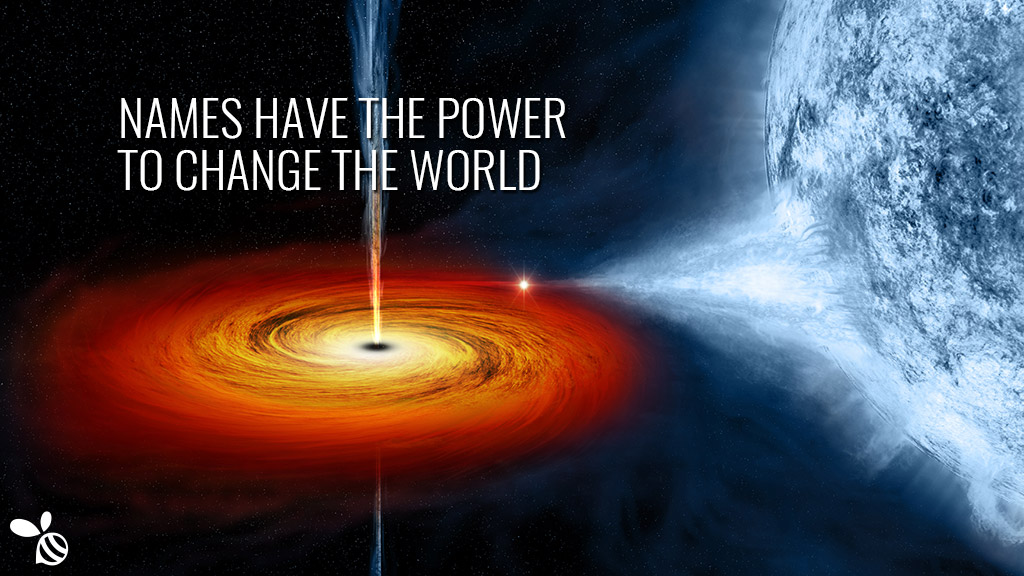 Names matter. A name has the power to shape an idea and make it spread.

Here is a dramatic example. For over a century astronomers and physicists studied a strange phenomenon in space that they called, “totally collapsed gravitational objects.”

Gravitational collapse is the contraction of a star due to the influence of its own gravity. As a star dies it draws matter inward toward its core.

In some instances, the collapse can be so intense that it forms a totally collapsed gravitational object. This object becomes a region of space where the gravitational effects are so strong that nothing, not even particles or electrons of light, can escape from inside it.

Totally collapsed gravitational objects attracted some of the greatest scientific minds. People like Albert Einstein, Robert Oppenheimer, and George Volkoff studied the phenomena, and they calculated how and why these objects formed.

It was a fascinating field of study, but only a select group of experts could talk about it. That is until American theoretical physicist, John Wheeler came up with a better name.

In 1967, John Wheeler transformed the field of study with a simple phrase, “black hole.” In two words he created a visual metaphor to describe a complex idea. The name released the concept from the labs of geniuses, and it travelled broadly. Wheeler made the field of study accessible to anyone.

This is the power of names. You give ideas gravitas, credibility, and the ability to spread when you can describe them simply and succinctly — when you give them a category-defining name.

These names create understanding. They make the idea, product, or service easy to talk about.

For example, a “cash back credit card” was previously called a “dividend card.” Dividend cards have been around for a long time, but they were a flop. Banks treated them as niche products, because they couldn’t sell them.

A few years ago, banks redefined the category with a new name, cash back credit cards. With a new name, the cards took off and are now one of the fastest growing financial services products. Consumers flock to these cards, because the value proposition is so clear and tangible: cash back.

Ideas spread and people act when they understand.

Changing the name created a dramatic result. No one, but a select few insiders, understood the value of a dividend card. For consumers it was like talking about totally collapsed gravitational objects. The name had to change to make it sellable.

Names have the power to change the world. They make complex ideas easy to communicate and share.