How to Find Centers of Influence That Move the Sales Needle 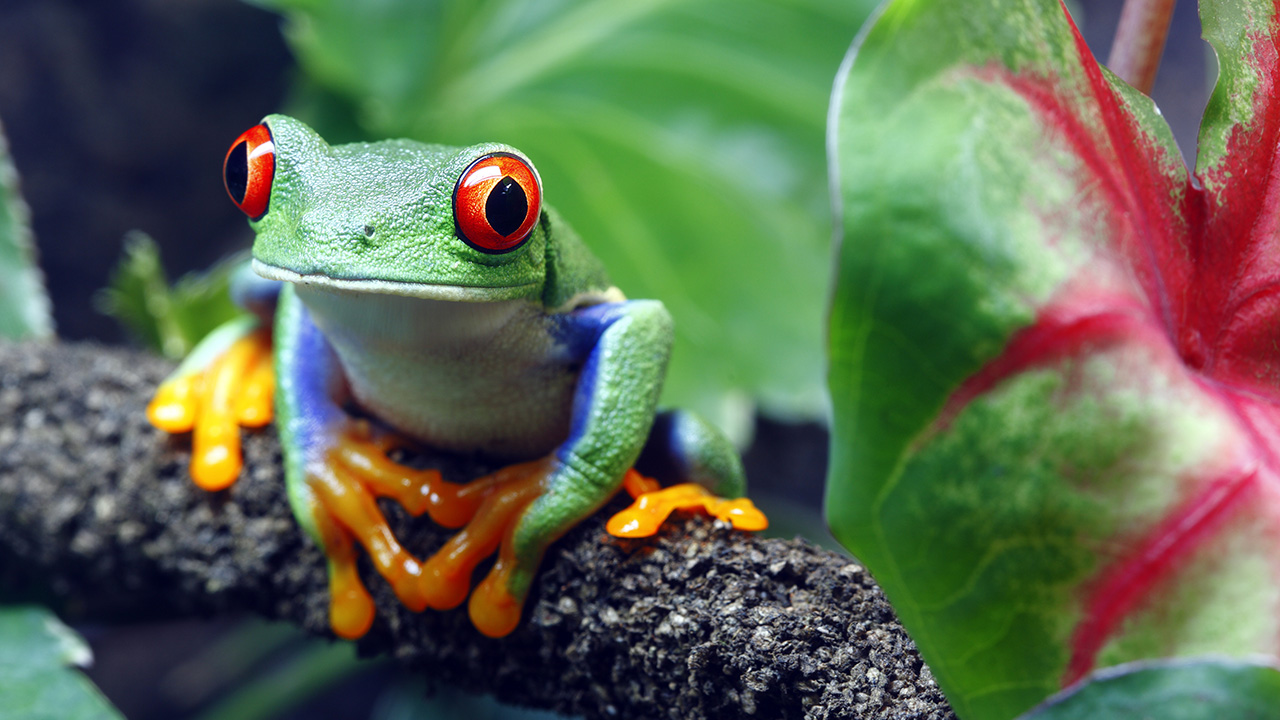 A referral from the right person makes selling so much easier, but finding those connections can be elusive.

The traditional approach to networking is trial and error. If you kiss a lot of frogs eventually you’ll find a prince. I don’t like this approach, and it has led me to a multi-year study of how to find and identify connections that will move the sales needle.

In this article, I will share with you a strategic approach to find and develop centers of influence (COI) — referral partners that provide sales leads for your business.

Networking Is Wasting Your Time

For many people finding and developing centers of influence is a numbers game. They participate in networking groups like BNI and their local chamber of commerce, and they go on coffee and lunch dates all the time.

For some this kind networking is a way of life. Ernest Gann brags in his book, A Hostage to Fortune, “I estimate that I have been introduced to 320,000 people face to face. I have been to over 2,500 receptions, 3,000 speaker breakfasts, luncheons, dinners and innumerable gala events. I have worn out my fair share of tuxedos.”

Gann’s networking activities sound exhausting. I can’t imagine that volume of networking, and I question its benefit. Of the 320,000 people Gann met face to face how many were valuable connections? Better yet, how many of those people does he actually remember and know?

What moves the sales needle is the quality of your connections. As the old saying goes, it’s not what you know, but who you know.

You can kiss a lot of frogs to find your prince, but there is a better way — a more strategic way. Centers of influence are easier to spot than you might think. You just have to look in the right direction. (Hint: they’re above you.) 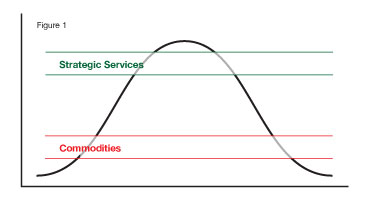 The placement of a service on the curve is dependent on two criteria:

The more strategic the purchase the higher it goes on the curve.

It’s  important to note the placement of a service does not indicate its value or importance. What we’re plotting are relationships and influence in a buying continuum

Two Strategies for Networking on the Influence Curve

When you understand your service’s placement on the Influence Curve you can build your networking strategy. You have two options:

Going high is straightforward: build relationships with people and firms above you on the curve.

Ideally you want to look for firms and partners that complement your services. For example, manufacturers of building products will network with architects and designers so they can get their products “spec’d” in the architectural drawings. By having a product spec’d makes it more likely to be selected when the project goes to construction.

The other strategy to finding centers of influence is to network laterally, as seen in Figure 2. This means looking to alternative industries that have equivalent buyer relationships.

Depending on where you sit on the curve you may choose one or both strategies to find your centers of influence.

The Influence Curve for Marketing Services

Let’s look at an example from the marketing industry, visualized in Figure 3.

For a few years I participated in a business networking group that met weekly for a breakfast meeting. The group had a strong marketing contingent: a web developer, a graphic designer, a print broker, a copywriter, a search marketing agency, and me — the brand strategist.

Each company is an expert in its field, and they are all very good at what they do. But their influence on the buying continuum varies broadly. 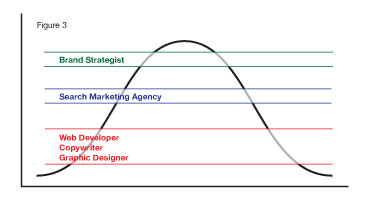 At the bottom of the Influence Curve are the transactional marketing services: graphic design, web development, and copywriter. These companies have a large volume of clients and tend to receive lots of referrals.

In the middle of the curve are integrated solutions providers and agencies (digital, PR, and advertising). These organizations sell more complex services, and have a broader perspective of their clients. This is where the search marketing agency sits, and they often subcontract work to the web developer and graphic designer.

At the top of the curve is the brand strategist. The strategist has the broadest view of the client’s organization, and their client relationships are primarily with executive teams.

From a networking context the centers of influence are above you. The web developer and designer can develop COIs with the search agency or the brand strategist. These marketing providers will have the pulse of the client and can quickly recommend their expertise when the client has a need.

The search marketing agency’s center of influence is the brand strategist. The web developer and designer just don’t have the same view of the client’s organization, nor the same type of relationships. The brand strategist on the other hand does.

In the Influence Curve the brand strategist has the problem, because they are at the top of the curve. Their only networking strategy is to develop COIs laterally, seen in Figure 4.

In my networking group I found I was a good referral partner for the other marketers, but my centers of influence were from unrelated industries: a partner of a mid-sized accounting firm, a management consultant, and a corporate banker.

By networking laterally I focused on finding COIs that had similar client relationships, similar perspectives of our clients’ organizations, and our services complemented each other.

Referrals Travel Down the Influence Curve

The Influence Curve reveals a truth about networking: referrals travel down the curve.

People and companies, generally speaking, do not refer up the curve. This happens for three reasons.

First, perspective. The Influence Curve is like a mountain. The higher up the curve the more you can see.

Companies that sell strategic solutions have greater access to the executive team, they see more of the company, and they can spot more opportunities. While companies that are lower on the curve tend to have a more specialized or transactional view of their clients — they see their domain.

For example, a web developer only sees a portion of a client’s marketing program whereas the brand strategist has access to the big picture. The brand strategist will generate more referrals for other service providers because they can see more of the mountain.

Second, priorities. Ironically the transaction size increases the lower a firm is on the curve. For example, it’s a lot more expensive to build a building than to have one designed. As a result, firms lower on the Influence Curve will often bundle strategic services with their overall packages. This happens across industries, and strategic expertise is “given away” in the bidding process to win sales.

Third, fear. When another service provider refers to a provider above them on the curve it feels like they failed.

Companies want to do good work for their clients. They’ll adapt their services, give advice, and do what they can to help their clients solve problems. Acknowledging that the client’s situation is no longer a fit is hard to do and puts the account in jeopardy.

For example, the web developer could be displaced if they suggest the client engages a firm higher on the curve. This may not happen, but there’s always a chance that a change in the strategy will ripple down the organization and eliminate the need for their services.

As with any rule there are exceptions. There are people that refer up the curve, but they are a special breed.

The people who refer up the curve display four traits:

These individuals do exist, and you’ll often find them in senior positions in firms. They are the “rainmakers.” It’s always good to know these individuals, but they are hard to find consistently.

The networking strategy for the Influence Curve is like Chutes and Ladders. 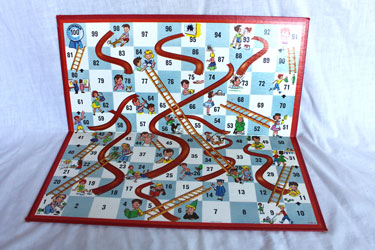 Chutes and Ladders — also called Snakes and Ladders — is a board game of chance. Your objective is to climb up ladders to reach the top of the board, and avoid chutes that send you downwards.

In the networking arena companies try to adapt their brand, value proposition, and services to support their shotgun approach of networking. They attempt to create a universally appealing value proposition that will resonate with anyone they pitch.

Avoid both options. Branding 101 dictates that you can’t serve everyone.

Networking with firms below you in the Influence Curve doesn’t work for two reasons:

Developing COIs below you on the Influence Curve is like stepping on a chute — they hinder your progress. You’re objective is to climb the ladders: go up or go laterally.

Finding the right referral partners makes selling so much easier. They advocate for your business. They introduce you to new connections, and they help you move the sales needle. 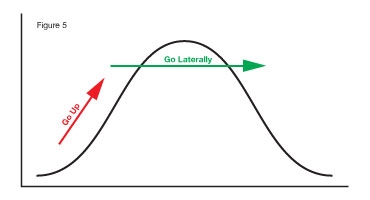 The challenge is finding these centers of influence.

The shotgun approach to networking is tried and true. If you kiss enough frogs you will find a prince, I guarantee it.

But if you’re tired of kissing frogs, change your game. The Influence Curve is your map to discover centers of influence for your business. Once you know where to look COIs are a lot easier to find.

Go high or go laterally. You’ll find centers of influence in both directions.