How Wonder Bread Got Its Name and Defined a Category 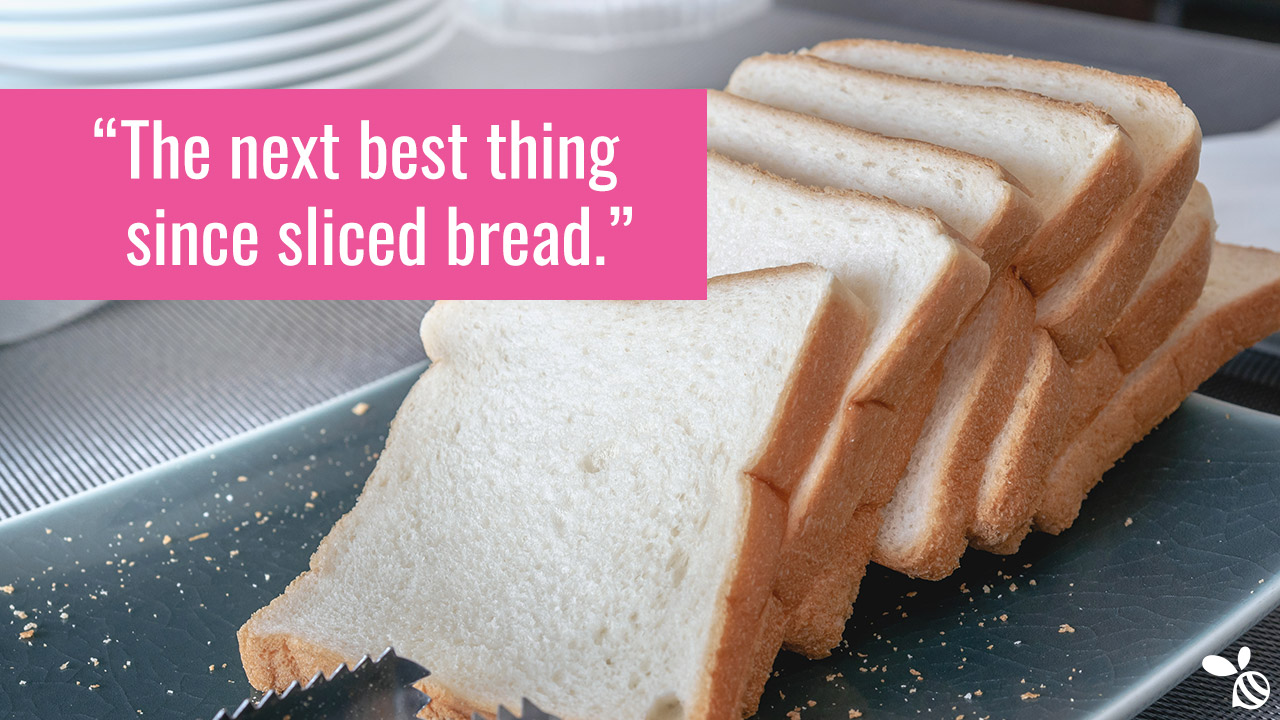 I’m not a millennial, but even I have a hard time imagining a world before sliced-bread. But it happened. For the first 2,000 or so years of human existence bread came in loaf. You could tear it or cut it yourself, but that was it. Bread was bread, and it required a little manual labor when you wanted to eat it.

Even Wonder Bread started its existence as a loaf.

First marketed by the Taggart Baking Company of Indianapolis in 1921, Wonder Bread was packaged in a colorful bag, but with no slices. It wouldn’t be for another twelve years before Americans were introduced to pre-wrapped, pre-sliced bread.

Even before slicing was introduced, the brand was positioned for success. Elmer Cline, VP of Marketing at Taggart, came up with the brand name and packaging. According to the Wonder Bread Cookbook, “Inspiration struck while Elmer was visiting the International Balloon Race at the Indianapolis Speedway. He was awestruck by a sky filled with hundreds of colorful balloons. To Elmer, the image signified a sense of ‘wonder,’ and Wonder Bread was born.”

The authors continue, “Since that time, the colorful red, blue and yellow balloons have been the cornerstone of Wonder Bread’s logo and package.”

The Wonder Bread team were masterful marketers, and they rapidly built the brand with innovative campaigns. There was a singing quartet, known as the Happy Wonder Bakers, hired to promote the brand on national radio. There was the Wonder Ship — a blimp that looked like the brand’s packaging with the brand name and bright, colored dots. At the Chicago and New York World Fairs in 1934 and 1939, Wonder Bread created full-scale working bakeries.

In my favorite campaign, the company delivered helium-filled balloons to children, and then asked them to take a letter home to their mothers. The card asked mom to try the new bread. The promotion was so successful that Wonder Bread’s sales surpassed all of its competitors.

These promotions were not only effective, they positioned the brand for one of the biggest innovations of the baking industry. In 1932 Wonder Bread forever transformed bread with the introduction of the first pre-wrapped, pre-sliced bread.

Knowing what we know of sliced-bread today, it’s hard to imagine a world without it. But in the early 1930s consumers were skeptical. There were fears that pre-sliced bread would dry out more quickly, or wouldn’t taste as fresh.

Wonder Bread countered the skepticism with its massive hype machine. To promote the innovation of pre-sliced bread Wonder Bread ads proclaimed, “The greatest forward step in the baking industry since bread was wrapped.” This later morphed into the phrase, “The best thing since sliced-bread.”

Wonder Bread also educated its customers on the new product innovation. In an ad in Time Magazine, Wonder Bread explained, “1) Open wrapper at one end, 2) Pull out pin, 3) Remove as many slices as desired.”

Sounds pretty obvious and self explanatory, well except for the pin part.

The pin was an early packaging technique. The slicing technology wasn’t perfected yet, and the bread looked “sloppy” on the store shelves. It didn’t sit up right and look fresh like what we see today. To compensate for the visual imperfections, Wonder Bread added a little extra structure to the packaging.

Within the decade, Wonder Bread tipped from a strange idea to common place. And now companies of all kinds claim their product innovations are the next best thing since sliced-bread. That’s a pretty big claim when you compare how Wonder Bread defined a brand category and set consumer expectations for generations to come.