Learn to Love No 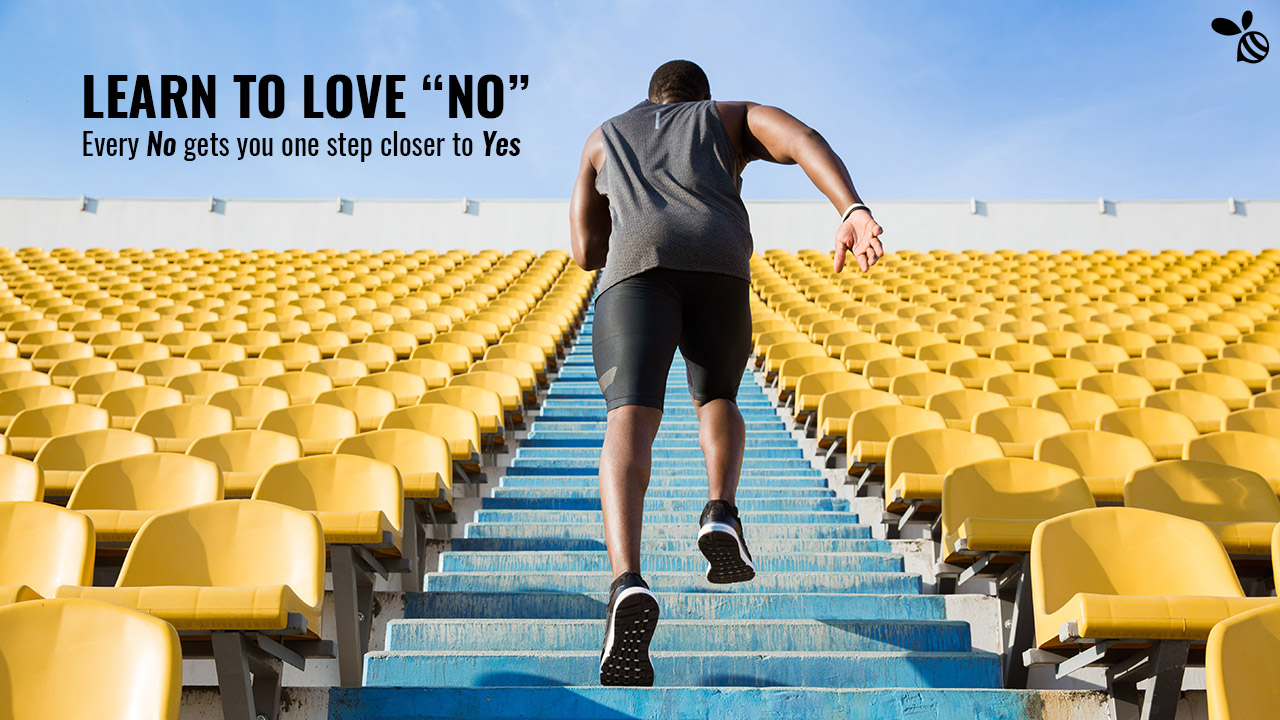 To do something remarkable, rejection is inevitable.

Walt Disney was turned down 302 times before he got financing for Disney World. JK Rowling was rejected by twelve publishers before Bloomsbury took a chance on Harry Potter. Colonel Sanders pitched his secret recipe for Kentucky Fried Chicken 1,009 times before he got his first “Yes.”

“No” is not a bad word, but that’s not how we’re taught. “We get it pounded into us that no is rejection—and rejection is painful. No is bad,” writes Tom Hopkins in the classic sales book, How to Master the Art of Selling.

Hopkins takes a contrarian stance. He teaches people to “Learn to love No.”

Walt Disney, JK Rowling, Colonel Sanders, and anyone else who has done something remarkable have learned to embrace no to achieve their dreams.

Every No Gets You Closer to Yes

Jack Canfield said, “Chicken Soup for the Soul was rejected by 144 publishers. If we had given up after 100 publishers, I likely would not be where I am now. I encourage you to reject rejection. If someone says no, just say NEXT!”

If something is worth doing, you’re going to face obstacles. Rejection is part of life.

How you respond to it is what matters. Every no you receive is valuable input. Listen to it, understand the fears and doubts you’re hearing, and learn from the experience. The next time you pitch you can adapt your message and get even better.

More importantly, keep moving forward. Hopkins teaches sales people to “Learn to love No,” because every time you hear no you’re one step closer to yes.

Quiet the No Inside Your Head

That voice inside your head—you know the one that runs overtime with stories, scenarios and what-ifs. The one that can wind you up and fill you with doubt.

Tell that voice in your head to back off and shut up!

Internal rejection is far more insidious than being rejected by a prospect. It’s very hard to achieve your goals when the voice inside your head is derailing you.

Steven Pressfield describes internal rejection as “Resistance” in his book The War of Art.

Pressfield explains, “Resistance cannot be seen, touched, heard, or smelled. But it can be felt. We experience it as an energy field radiating from a work-in-potential. It’s a repelling force. It’s negative. Its aim is to shove us away, distract us, prevent us from doing our work.”

Resist the no inside your head with all your might, because it is the hardest to overcome. But it’s essential. You can’t get anyone else to say yes until you believe in what you’re doing.

No Is a Measure of Success

Thomas Edison said, “I have not failed. I’ve just found 10,000 ways that won’t work. I am not discouraged because every wrong attempt discarded is another step forward.”

Every time you hear a no, smile a little. You’ve just passed another milestone, and it’s time to try again.