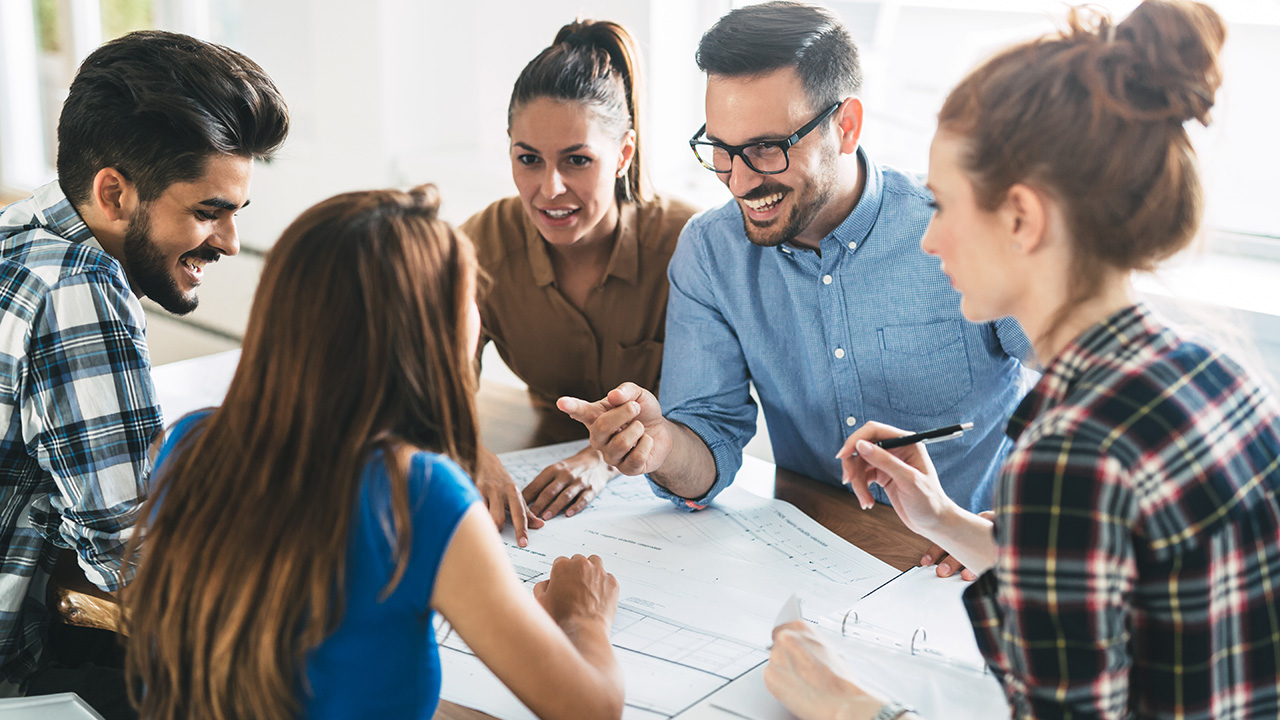 Changing a company name can be highly disruptive, especially with a well established brand. Beyond the costs of finding a new name and making the transition across all marketing and legal documents, names come with history, staff attachment and community involvement.

You don’t change your company name unless you have a very compelling reason. Archway Insurance faced this crucial juncture in 2011.

Archway Insurance is an independent insurance brokerage based in Atlantic Canada. The company was founded in 1985 by Garry Stack in Yarmouth, Nova Scotia. Garry named the company after the town, Yarmouth Insurance.

The company grew quickly through acquisition. By 2011 Archway was operating in 7 locations under 7 names. Each branch was named after the town it operated in except for their Amherst location. Amherst already had an “Amherst Insurance”, so they named the location Barnes Insurance after one of the firm’s partners.

Archway’s naming strategy made sense for the first 25 years, but by 2011 the multitude of names was becoming an impediment to growth.

The initial naming strategy was effective, because it focused on community engagement.

Archway takes a very proactive role in the communities they operate in. They sponsor local events and charities, and they believe in giving back. Their involvement goes well beyond donating dollars. One of their key criteria for supporting a project or a cause is how their staff will participate in the event.

By naming each branch after its town supported their commitment to the local community.

The challenge for Archway was they had grown into a significant regional insurance provider, but their size and scope was not evident in their brand. Many of their customers didn’t know about the work the company did beyond its branch offices, nor did they recognize the range of services the company could offer.

Archway Insurance didn’t change its name out of vanity. It rebranded to demonstrate what the business had grown into.

Your employees have to support the rebrand

A rebrand is bound to fail without your team’s support.

Archway Insurance had over 25 years of history in Atlantic Canada when it embarked on its rebrand. They had long term staff and long standing clients. The company’s branch locations and related names had deep roots in each town. If the rebranding process was to succeed they needed the staff’s buy-in.

Archway’s management team approached the name change strategically, and they got the entire organization involved in the process.

Gina McFetridge, Regional Manager and VP of Marketing, worked with a marketing agency to prepare a list of potential names. The management team then vetted the list, and created a shortlist of 5 potential names.

Rather than having management or marketing pick the name, Gina had the organization vote on the shortlist. The staff was asked to each pick their favorite, and state why they liked it.

The staff overwhelmingly selected “Archway Insurance”, and provided a host of reasons of why it was the right choice—many of which the management team and marketing agency had not considered.

The management team didn’t know which way the staff would vote, but it was a risk they were willing to take. Without the staff’s support and participation the process would not have been as successful.

Sell inside before you sell outside

By getting the team involved in the rebrand, Archway Insurance did not experience resistance inside or out to the name change. Everyone supported it.

The staff understood why the company was changing its name, and they had their say. The management team was on board, because it fit the strategy and needs of the business. And their clients saw a whole new side of what Archway Insurance could offer them.

The staff’s buy-in is the secret sauce to a successful rebrand. When you have all your employees supporting the change, they become your greatest sales people. They communicate with clients and vendors, and speak with authority because they are part of the change.

Employee support is the greatest weapon against client or market resistance. When your team speaks with conviction of why the rebrand is powerful, others will follow and believe in it too.

A brand you can believe in

Effective rebranding projects always start inside. The first group to sell on the change is your team. Until you have their buy-in, don’t move forward to share the story externally.

Archways Insurance’s rebrand was successful, because the change was needed and their staff supported it.

And people are taking notice. In May 2013 Archway Insurance was awarded by the family business community the Family Enterprise of the Year Achievement (FEYA). The rebrand is helping to create recognition for the company well beyond its borders.