Stamping Out Creativity: How Managers Undermine their Employees 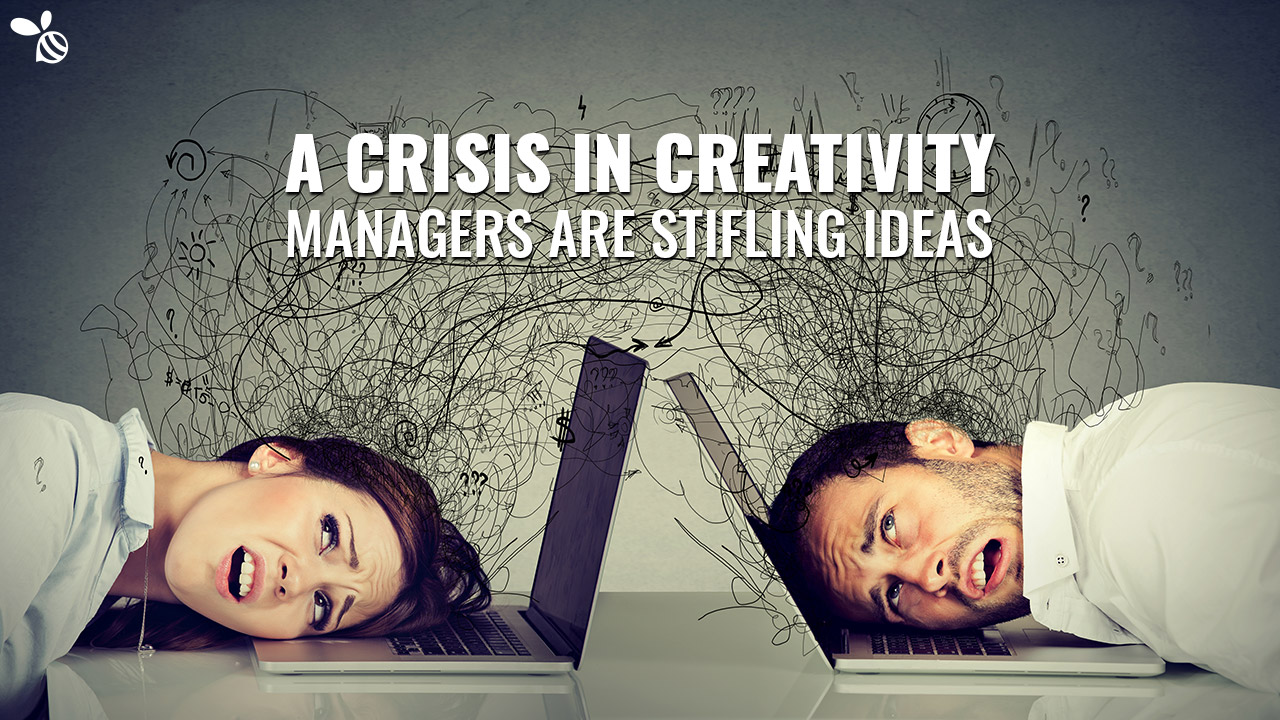 Ideas are delicate. They need to be defended, nurtured, and celebrated. Instead, ideas are judged, criticized, and crushed. When you stamp on a person’s ideas enough times they stop contributing. Worse, they stop believing they are creative. It’s tragic!

Managers are crushing their employees’ ideas (and spirits), and many don’t even realize it. Let me illustrate with an example.

Last year I delivered a branding workshop for a team of twelve marketers. It was a group of young, smart professionals, but for some reason I couldn’t get them to engage. It was like they were waiting for the answer.

Mid-morning the CEO popped in to see how we were doing. He’s a very creative guy and dove in head-first into the discussion. He was on fire: sketching ideas out on the whiteboard and generating idea after idea.

After an hour or so, he announced he had to run to another meeting. After he left I expected his energy and creativity would have rubbed off on the group, but it was the opposite. The group was even more reserved and hesitant to contribute.

That evening I reached out to Dr. Mary Donohue, a leading authority in generational communication in the workplace. I shared my experience and said, “I don’t get it. This group was brilliantly smart, but completely unwilling to engage or contribute ideas. What’s going on?”

Mary asked a few questions to diagnose the situation and then declared, “The CEO had stamped out the team’s creativity!”

When I went back through the day in my mind, I saw it. Every time someone shared an idea or made a suggestion, the CEO would counter with something like, “That’s not quite it. It’s this…” and then whiteboard his idea. Without even realizing it, he was stamping out his team’s creativity simply with his words and behaviors.

Unfortunately this is all too common. In every organization is immense creative potential, but so much of it gets destroyed by misinformed managers.

The CEO thought he was helping, but he was “one-upping” or “besting” his people, and they shut down. Other managers undermine their people’s creativity by superimposing their own ideas. While others criticize or judge ideas, because they’re not immediately applicable.

Whatever the scenario, if someone has their ideas stamped on enough times they’ll stop contributing.

We can lament all day about the failures of leaders, but that’s not the point of this article. What you really need to ask is “How do I harness the ideas and creativity of my people?”

It generates a multiplier effect when your people feel empowered and safe to contribute:

Even more importantly, honoring your people’s creativity is a form of psychic income. It garners higher degrees of loyalty and engagement.

As a leader, I encourage you to focus on harnessing other people’s ideas. The approach or tactics you leverage may differ for each person on your team, but the results will more than pay for themselves.