Why Is It Called Black Friday? It’s Not a Happy, Shopping Story! 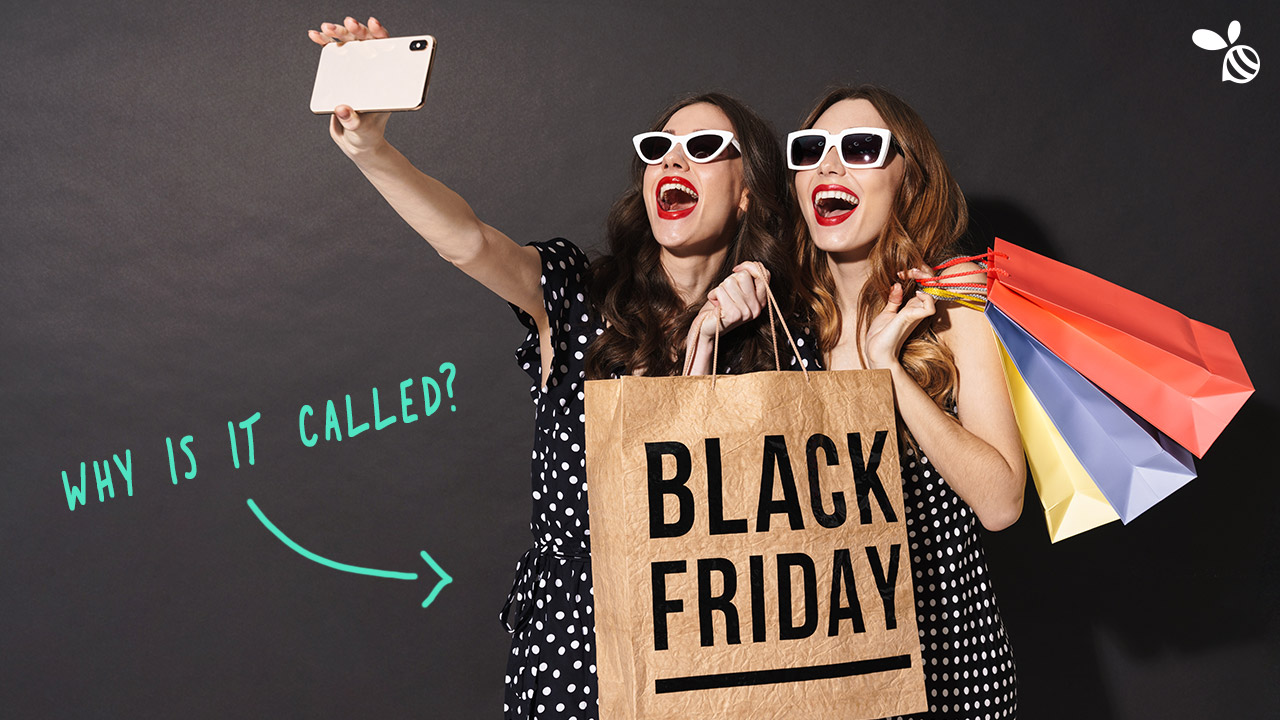 Black Friday is the biggest shopping day of the year.

I didn’t realize just how big it was until I married an American. My first Thanksgiving, some 20+ years ago, was an eyeopener. We spent the day with family and friends. We watched football, ate too much, laughed too much, and had a grand old time.

The next morning we were up at the crack of dawn… WTF? I could not understand for the life of me why we were going to the malls first thing in the morning. Was it really that big of a deal? Yep! It really was!

The deals! They were amazing. But it was bigger than that. This wasn’t just shopping, this was an experience. It was fun!

I asked, “Why is Black Friday called Black Friday?” I got the standard response, “It’s the most profitable day of the year for retailers. It’s the day they go into the black.”

Oh! That makes sense. “Going into the black” is as an accounting reference. Red means a company, or project, is losing money; black means it’s breaking even or doing well.

I didn’t give it a second thought. Retailers make a boat ton of money on Black Friday. According to CNBC, “[In 2018] Black Friday pulled in $6.22 billion in online sales, up 23.6 percent from a year ago and setting a new high.”

Going into the black isn’t the real reason why Black Friday is called Black Friday. The origin of this day’s name is far darker.

The term Black Friday traces its roots back to the “Panic of 1869.” This was the infamous “Black Friday” — September 24, 1869. It was a financial panic of such epic proportions that the United States government called in the militia. People were rioting and storming the banks. There were even reports of people hanging the bank tellers!

The crisis was triggered by fellow robber barons, Jay Gould and Jim Fisk, and several highly placed political contacts that conspired to corner the gold market. The pair wagered that a speculator with deep enough pockets could potentially buy up huge amounts of gold until they had “cornered” the market. From there, they could drive up the price and sell it for astronomical profits.

Their scheme was ultimately foiled, but with grave consequences. The pair succeeded in bankrupting several large brokerage houses, crashing the stock market by 20%, and foreign trade stopped. Farmers suffered a 50% dip in wheat and corn harvest value.

So what’s the link with Black Friday and Christmas? That has everything to do with shopping!

The problem was no retailer wanted to start advertising and promoting Christmas before Thanksgiving. Eventually, it became an unwritten rule that the day after Thanksgiving was the start of Christmas.

To maximize the length of the shopping season, the department stores lobbied the U.S. government to change the date of Thanksgiving. They wanted more time! In 1939, President Franklin D. Roosevelt agreed. He issued a presidential proclamation declaring that Thanksgiving shall be moved one week earlier to the fourth Thursday in November.

It wasn’t until the 1950’s that the term “Black Friday” got associated with the day after Thanksgiving. People realized if they called in sick on Friday, they could get a four day weekend. And with the stores open, this turned into a shopping extravaganza.

The Philadelphia police began using the terms “Black Friday” and “Black Saturday” to describe the traffic jams that occurred with the mobs of shoppers following Thanksgiving.

Obviously, the term Black Friday wasn’t an association retailers wanted with the start of the Holiday Season. They wanted consumers to feel jolly, joyful, and spendthrift. So another story was created: Black Friday is the day retailers go into the black.

It’s an innocuous statement, but it works. It’s logical. It fits the day. We track holiday sales. And we shop!

Regardless of the history, I love Thanksgiving. It’s my favorite holiday of the year. I am heading south to visit my in-laws and friends. We will watch football, eat too much, laugh too much, and have a grand old time. And on Friday morning, we will pile into cars and go shopping.

Oh, and we’ll probably get a head start online the night before.

But wait. There’s more! I’ve got deals for you too! Brand New Name and Sticky Branding are 80% off! Give the gift of a Sticky Brand this Black Friday and Cyber Monday.