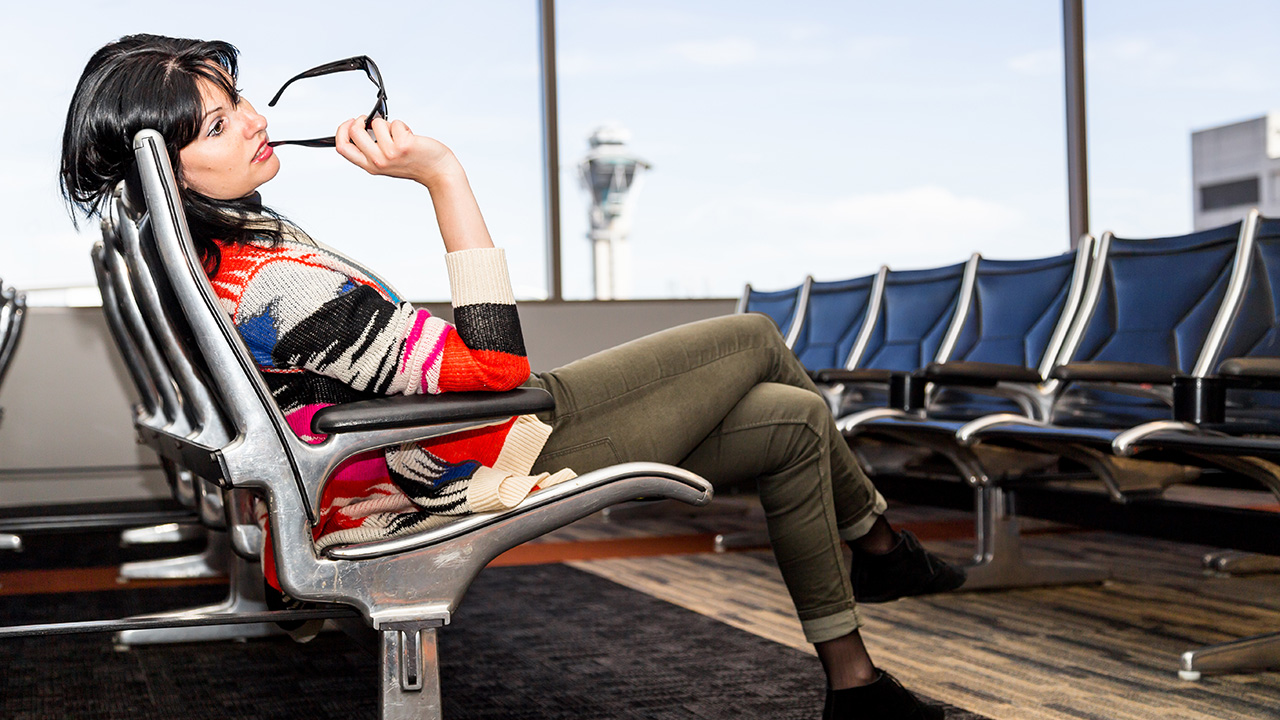 It’s not easy being on the receiving end of an angry customer complaint, but a little humor goes a long way.

James Lloyd, for instance, was perturbed to discover his flight from Sydney to London included a 47 year layover in Bangkok. That’s not a typo. The travel service, Skyscanner, gave him an insane 413,786 hour layover.

Not excited about the prospects of spending the better part of his life traveling to London, Mr. Lloyd took to Facebook. He asked, “Hi Skyscanner. Just wondering what you’d recommend I do during the 47 year layover your website has suggested?” 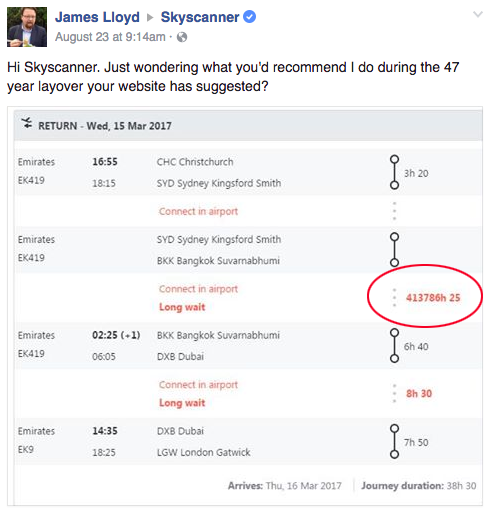 Instead of following social media customer service 101 — respond promptly and get the customer into a private chat — Skyscanner used humor. The support rep, Jen, offered Mr. Lloyd some things to do with his time in Bangkok.

Not only did Jen’s wit and humor diffuse the situation, her response took off. Skyscanner’s customers took notice and began replying to the thread. 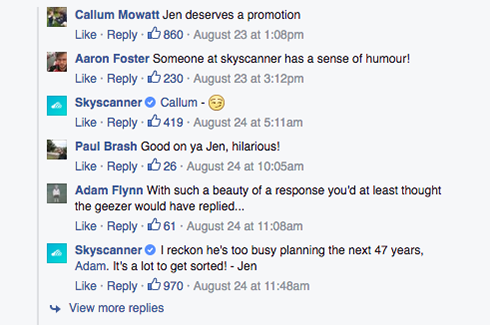 A little over a week later the post has over 21,000 likes, 3,400 shares, and 1,200 comments. Not only that, the thread was picked up by Mashable, which ballooned it into a global story. Skyscanner hit the PR jackpot. I hope Jen is getting a big, fat bonus.

Humor is a powerful tool, especially when delivered in a respectful, cheerful way. It lets customers know you are human too, and you’ll work to get the problem resolved.

I doubt Jen knew her response would have such a big impact, and that’s what makes it even more delightful. This was an authentic, playful interaction. And it reveals more about the Skyscanner brand and culture than any of its marketing.

Jen’s humor worked, because she was playing with the absurdity of the situation. She didn’t belittle the customer or make him the butt of the joke. She had some fun and then got to her core message, “Thanks for letting me know about this – I’ll get some folk to look into it!”

A bit of humor makes your brand even more human and likable. It reveals the personality of the people behind the brand, which cracks the facade of marketing. It let’s your customers see that there are real people working for them who really care.

I love this story. Let’s all take a page from Jen.