Great Brands Are the Same but Different 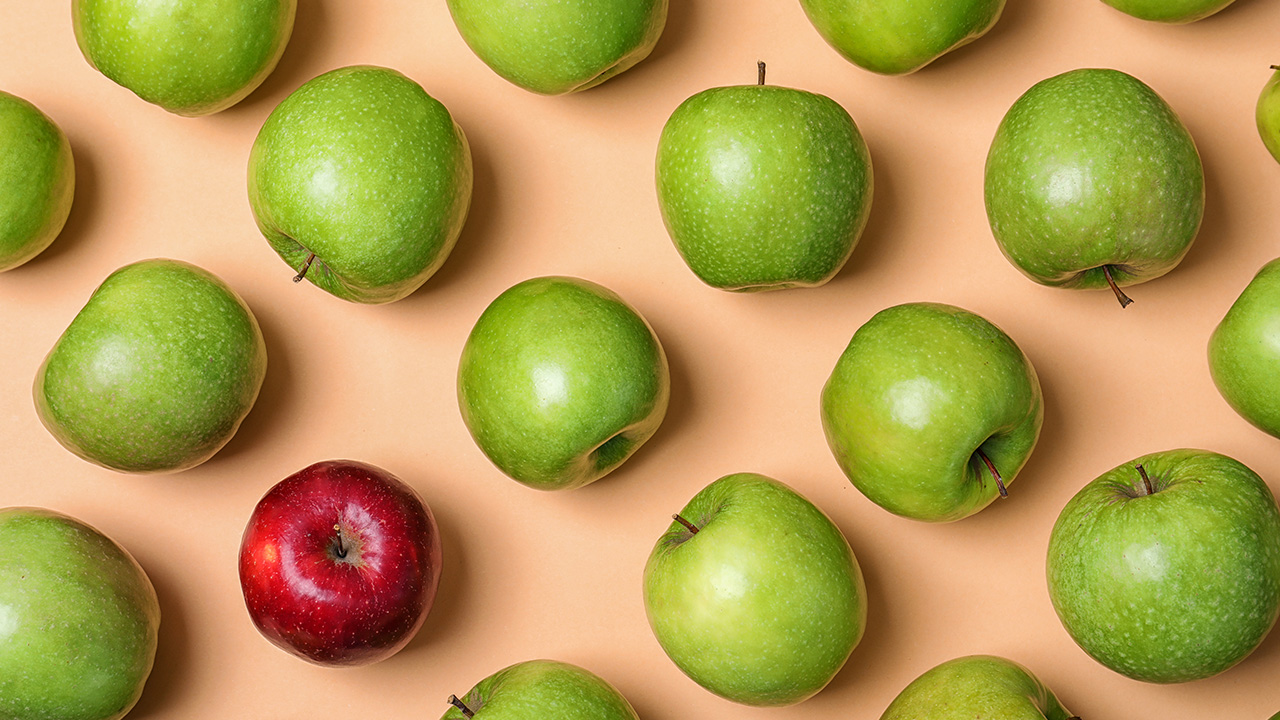 Great brands stand out by being the same but different. That tension is what makes a brand interesting yet credible.

Differentiation is a balancing act. If your brand is too similar to the competition it gets commoditized, but being too different can be even more detrimental.

Think of products and services that are before their time. In 1999 Sony released two portable digital music players, the Memory Stick Walkman and the VAIO Music Clip. Both offered similar functionality to the iPod, but neither achieved market success.

Sony was two years ahead of Apple in digital music. The iPod was released in October 2001, and it is heralded today as the product that transformed the music industry. Even though Sony brought products to market sooner, it failed to transform the digital music category because of timing:

The iPod, on the other hand, had a timing advantage. David Aaker writes in Brand Relevance, “Steve Jobs recognized that there was a window of opportunity for the iPod. There was a need, the competitive entries were seriously flawed, and the combination of Apple technology and new hardware options created an opening.”

Part of the genius of Steve Jobs was his ability to get the timing right. This ability enabled him to bring to market transformative new products that were widely understood.

Notice the language Apple used to introduce the iPod and iPhone, and make them appear to be the same but different. The first iPod let you carry 1,000 songs in your pocket. The first iPhone was an iPod, a phone, and the internet in one device. These phrases were designed to convey meaning based on what consumers already understood.

The iPod and iPhone were transformational products, because they were brands that were built at the edges. They were the same but different, and everyone had to have one.

Differentiating your brand at the edges has three elements:

No one ever grew a remarkable brand by doing what everyone else does. It requires innovation to stand out. This can be in the creation of new features or capabilities, or solving unrecognized needs.

Innovation doesn’t have to be transformative to differentiate your brand. Yes, we admire companies like Airbnb, Tesla, and Uber for transforming industries, but look at the innovators in your industry. Chances are they are innovating, but at a smaller scale. You can see their innovations in customer service, marketing, or how they challenge industry conventions.

Language is an essential ingredient to effectively differentiate your brand. Your customers need to understand how your products are different, but also how they fit into their lives.

You can provide context to how your brand is the same but different by applying similes and metaphors. For instance, Steve Jobs made a blunt connection between the iPhone and BlackBerry in his 2007 launch speech. He said, “When you get a message, it will push it right out to the phone for you. Same as a BlackBerry.”

Customers were led to understand that the iPhone does the same things as a BlackBerry, as well as many other things that a BlackBerry doesn’t.

As stated above, timing is essential. Introducing innovations too soon or too late can be detrimental. The edges provide context to recognize if the timing is right for your customers, your company, and technologies.

Differentiating your brand never stops. The edges are redefined each time a company innovates and pushes convention. This means you are constantly competing and pushing the boundaries further and further.

The challenge is to always stay connected to the present. Push too far, and you lose. Don’t push far enough, you lose. It’s a balancing act, but your brand will stand out if it’s perceived as the same but different.