The Gods Must Be Brands: How Unique Brands and Logos Draw Their Names from Greek Mythology 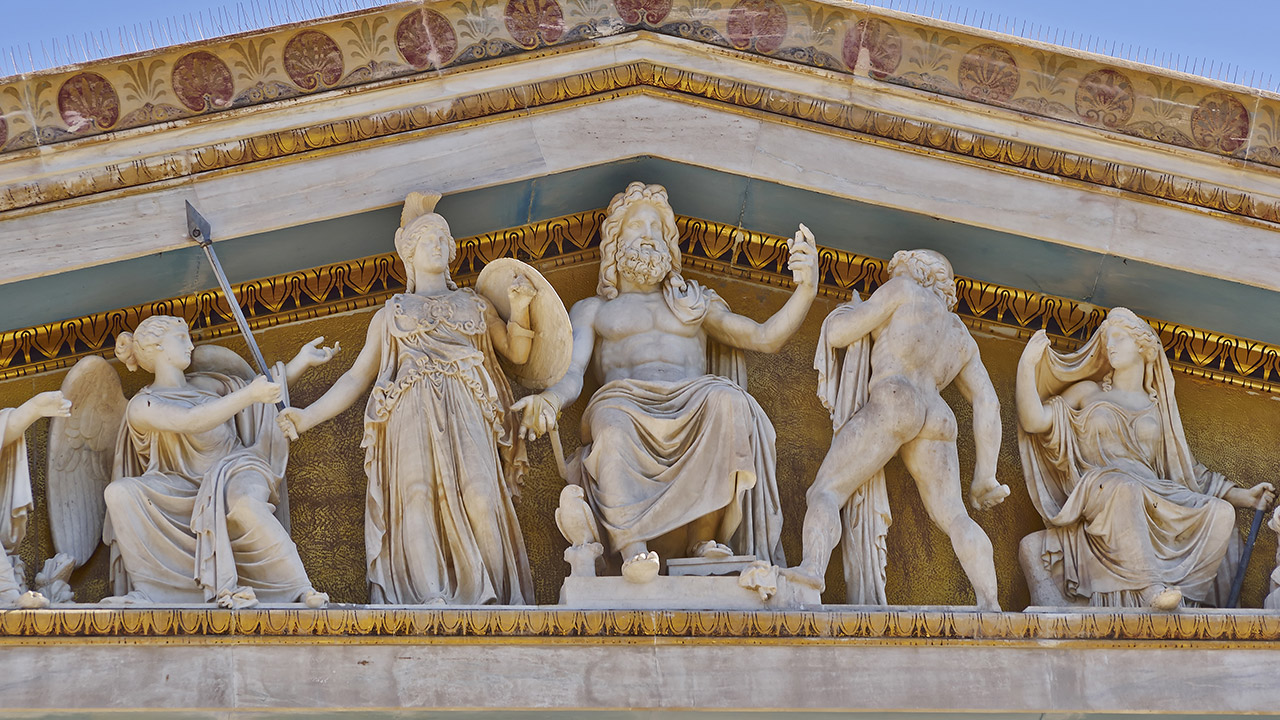 Ever wonder how the most unique brands and logos got their names? It may surprise you to find out how many of them are godlike… although these gods may be horrified to discover their names are being used to peddle everything from soap to software.

Greek⁠—and Roman⁠—mythology has been a treasure trove of names for marketers to associate with their brands and logos — whether companies, products, or services. The lure of naming a brand after a god just makes sense. The brand gains credibility by connecting the virtues of the product or service with the mythological character, a name that further calls up a full heritage. Indeed, there is often a complex, full-fledged strategy behind which attributes marketers want to be associated with their unique brand. 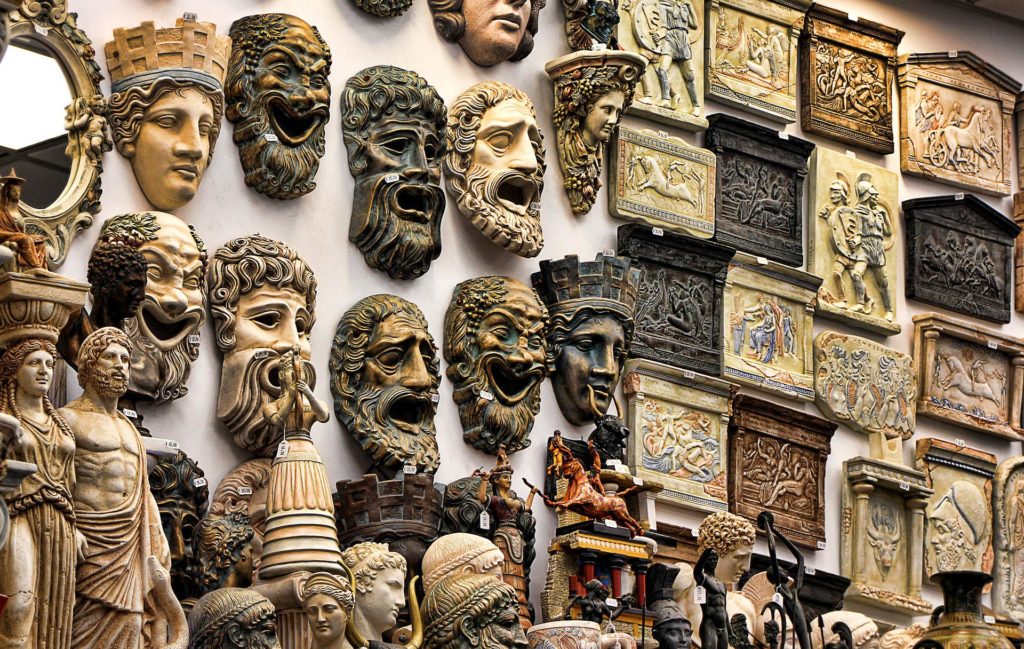 What’s a little surprising is the number of highly recognized, category-leading brands that draw their names from Greek and Roman mythology. We’ve included examples of both since it’s important to remember that ancient Roman mythology was often a retelling of Greek mythology with different names! 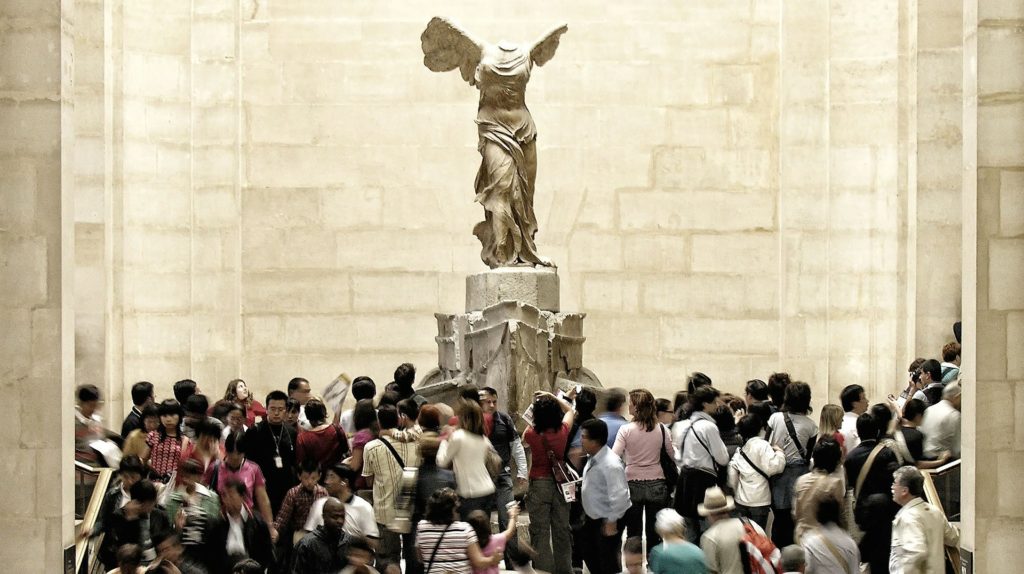 Nike was the Greek goddess of victory. This is also, no doubt, a great choice to name a company that sells footwear to athletes and sports enthusiasts and whose motto is “Just Do It.”

Hermes: messenger of the gods and luxury fashion brand 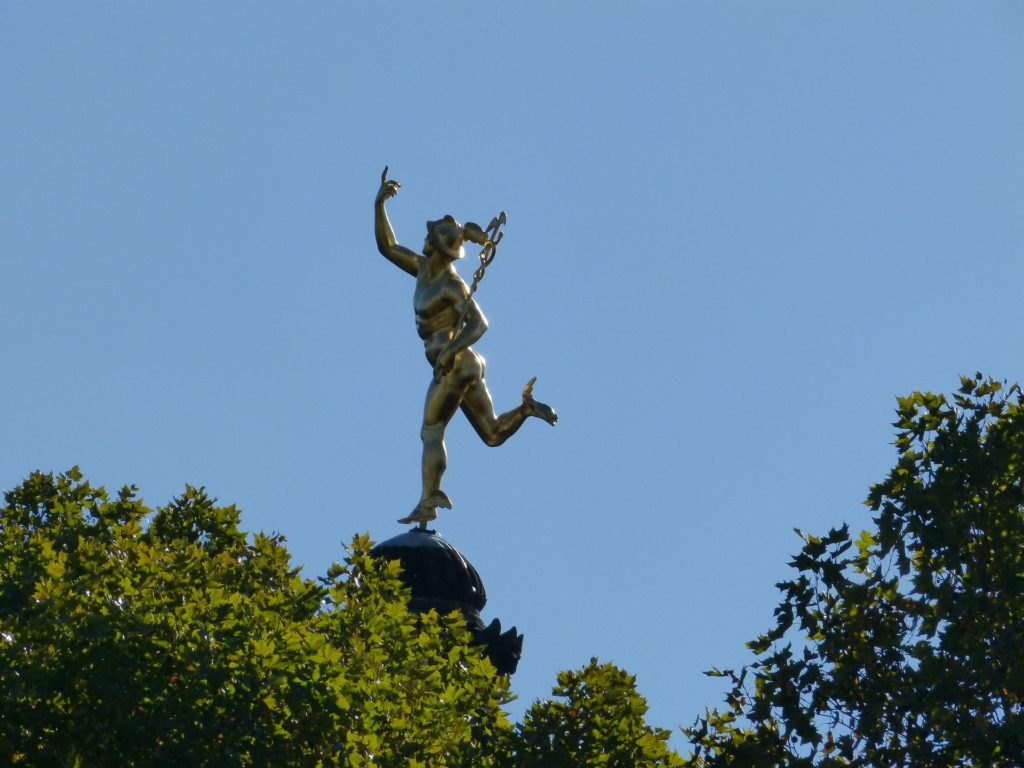 Hermes is a unique example, as it’s technically not directly from mythology. The figure Hermes was the Greek messenger of the gods and the god of trade. This is, as it turns out, a perfect name for a brand that specializes in leather apparel and lifestyle accessories. Did they choose it? Well, not exactly. In fact, the brand is actually named after its founder, Thierry Hermès.

Jeff Bezos, the founder of Amazon, chose the name because the Amazon is the largest river in the world. He used this originally to reference the company’s vast selection of books—back when Amazon focused mainly on books… remember that? However, the river itself got its name from Greek mythology. The Amazons, meanwhile, were a race of women warriors known for their fierceness in battle… who seem to have actually been real, too! 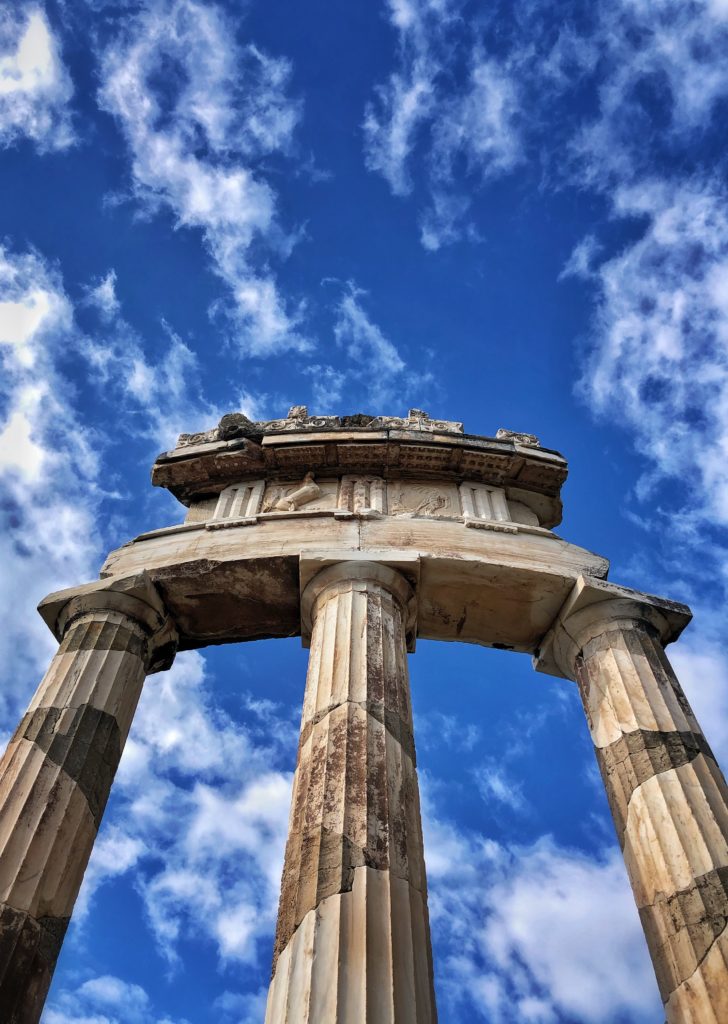 In ancient Greece, an oracle was a seer or psychic, a mortal who could convey messages from the gods. You may remember this word from the phrase “the Oracle of Delphi,” a woman called Pythia who was the high priestess of the Temple of Apollo at Delphi. This is then a fitting name for Oracle Corporation, one of the world’s largest software companies and a pioneer in database technology.

Olympus: Greek mountain of the gods and camera company 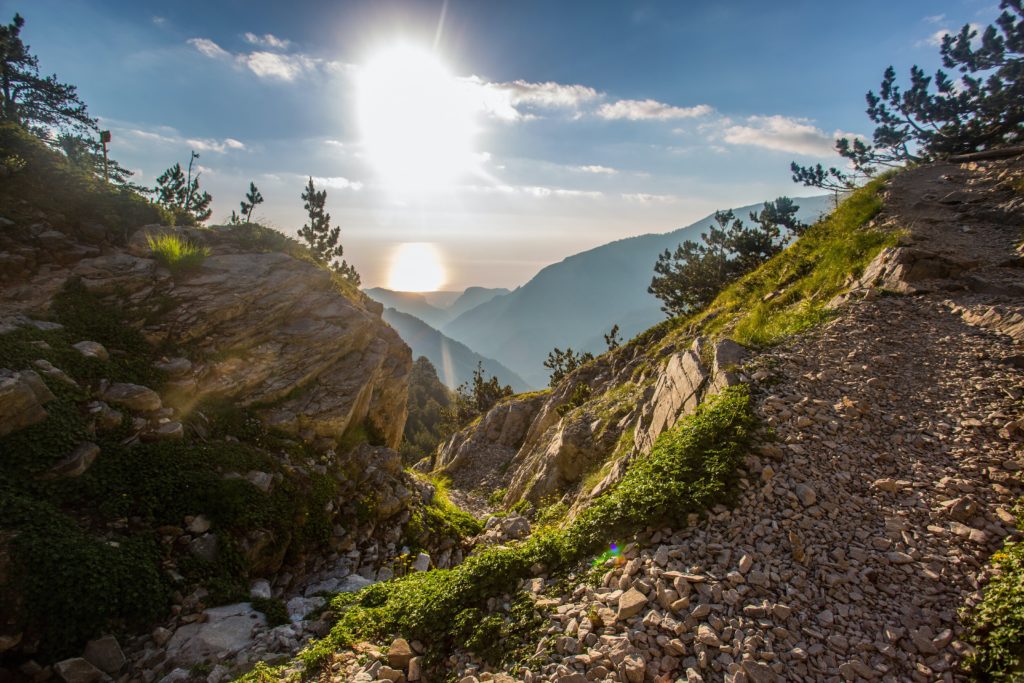 The gods lived at the peak of Mount Olympus in Greece. The Olympus camera company, meanwhile, was originally called Takachiho Seisakusho⁠—referencing the peak of Mount Takachiho, where the Japanese deities were said to live. They changed their name to Olympus to further convey their dedication to high quality. 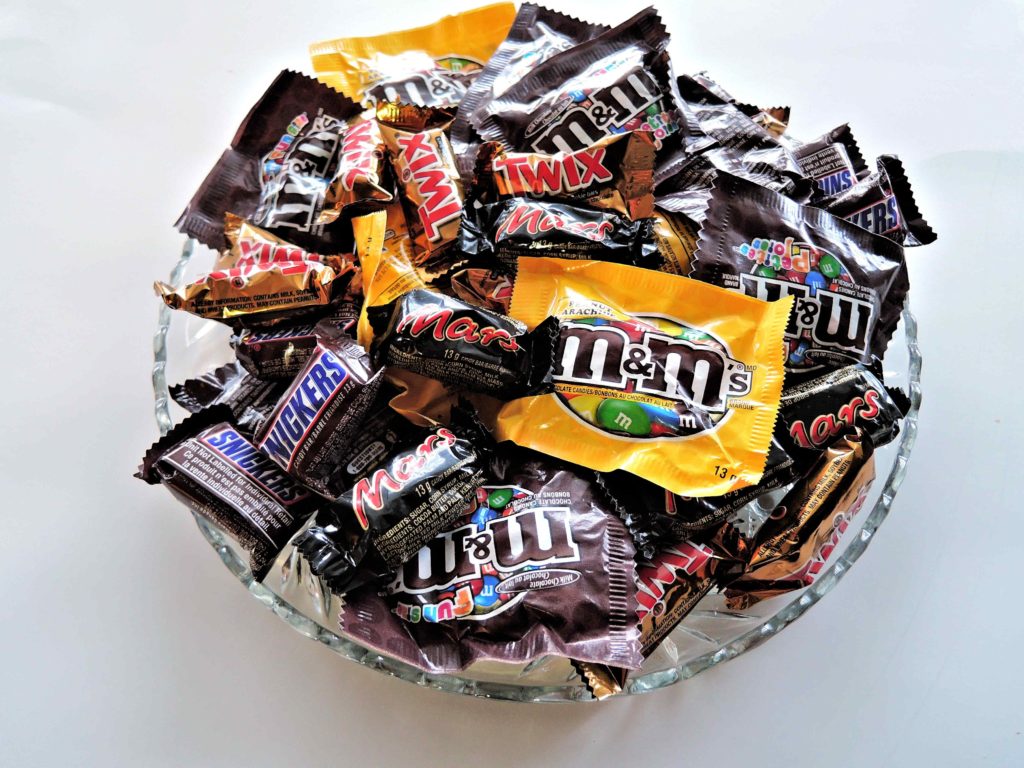 Mars was the Roman god of war, also called Ares in ancient Greek mythology. Today, we know the work as the name of one of the world’s largest confectionery and food manufacturing companies. However, the connection is less direct: like Hermès, the name actually originates with the founder, Franklin Mars. 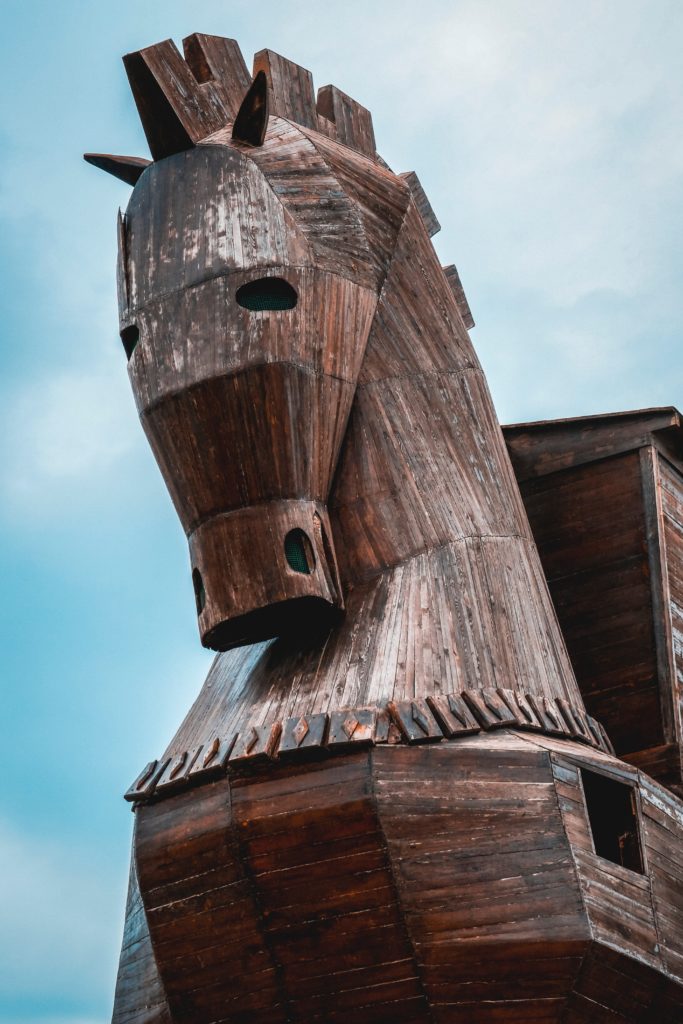 The Trojans were the residents of Troy, a city in ancient Greece. As the story goes, for 10 years the Greeks waged war on the city of Troy, and for 10 years they made no progress. It wasn’t until the Greeks changed their strategy and presented a gift, the Trojan Horse, that the city did fall. The word “Trojan” has become synonymous with courage, strength, and perseverance—presumably all the characteristics you’d want in a condom. 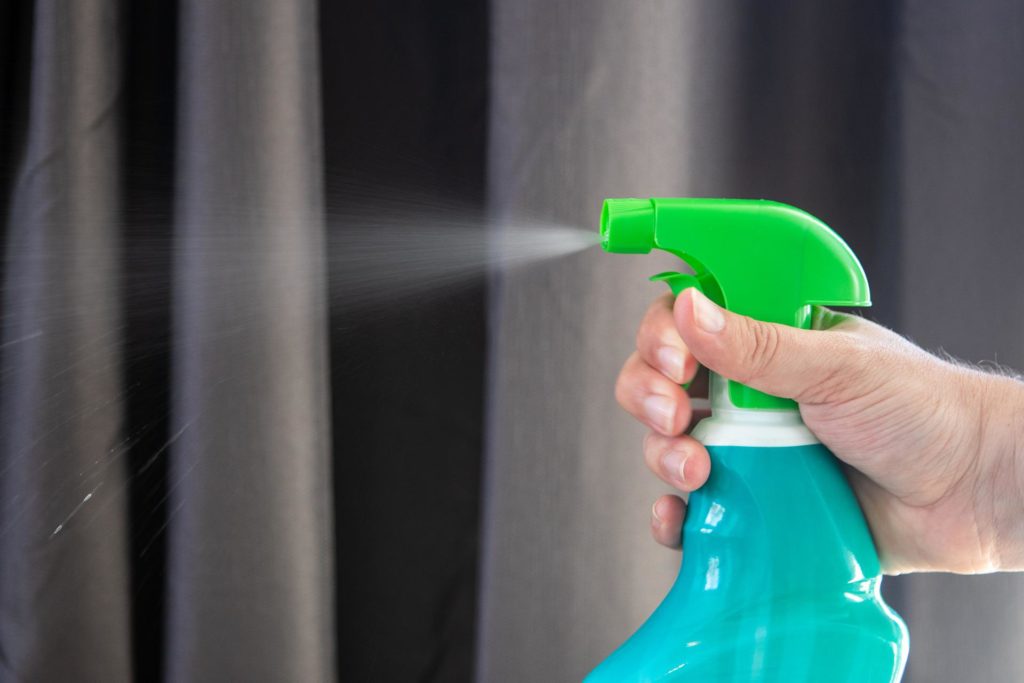 This one may surprise you…Ajax was a heroic Greek warrior who gained fame during the Trojan war. Today, we are familiar with the brave Ajax as a cleaning product, keeping our sinks and toilets sparkling clean. As the tagline used to proclaim, “Stronger Than Dirt!”

Orion: Greek huntsman among the stars and Hollywood movie studio 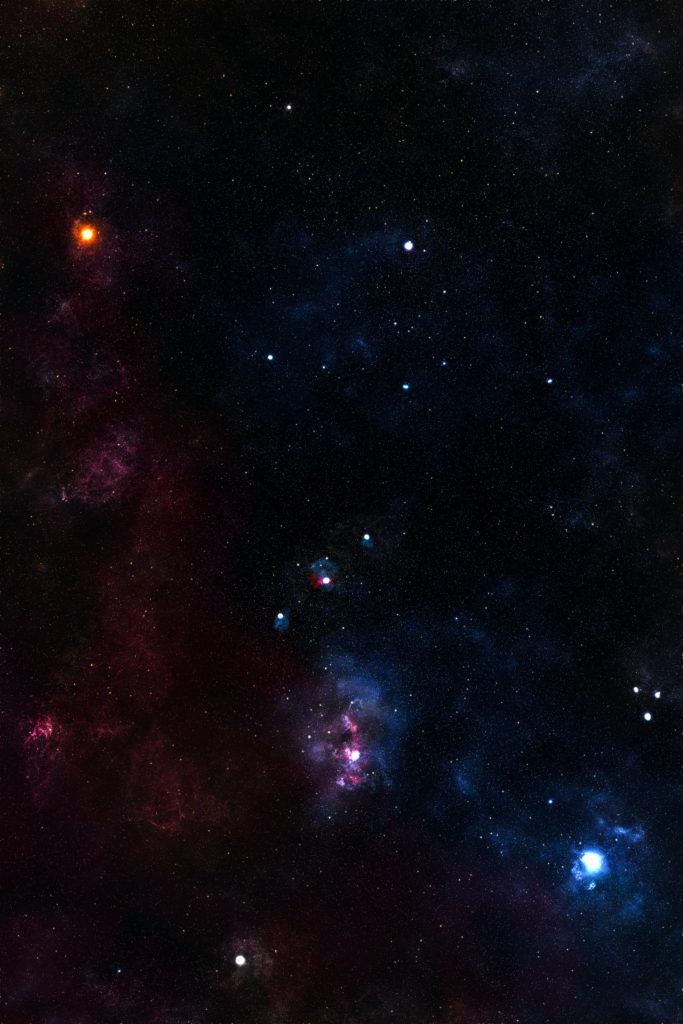 Many of you may already know about the constellation Orion’s belt, but did you know this referenced the name of a person? Orion was another character in Greek mythology, a huntsman Zeus placed among the stars. For a brand, Orion Pictures is a Hollywood movie studio with notable films like Dances With Wolves and The Silence of the Lambs.

According to mythology, Pandora was the first human woman that the gods created. She’s perhaps now most associated with the story of her opening the so-called Pandora’s Box and releasing all the evils of humanity. Pandora is now a streaming music service, recently acquired by Sirius. The founders liked the story of Pandora because she was known for her curiosity, which is said to have led her to open the box. This became a symbol as they conducted the “most comprehensive analysis of music ever undertaken.”

History is a rich source of inspiration and stories when it comes to creating brand naming. Greek and Roman mythology may be picked over, but you can also look into many more corners of the world to find an inspirational name that shares the virtues of your product, service, or company. Have fun!