Fans vs Followers: Is Your Social Network Buying? 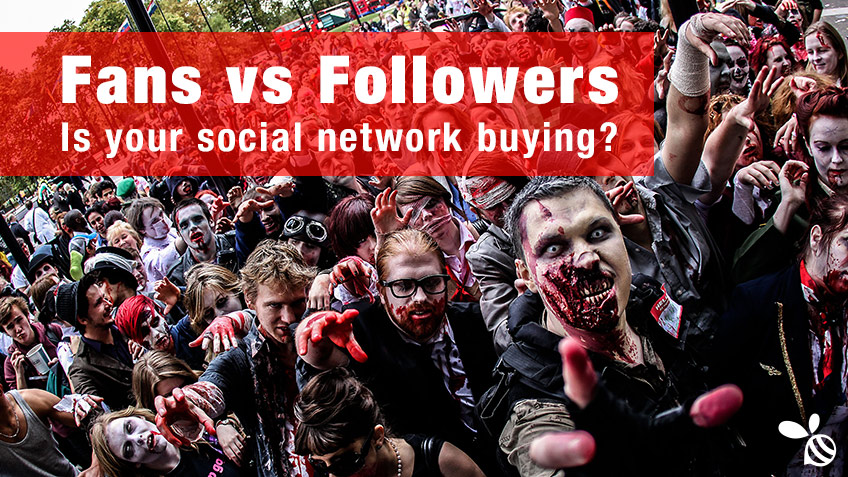 If your brand quit social media tomorrow would anyone care? Would anyone even notice?

We’ve been led to believe that social media is important. According to comScore, consumers spend nearly 20% of their online time on social platforms. Facebook alone takes up 14% of consumers’ time online.

The logic (and hype) will lead you to believe it’s essential for your brand to be active on social. But is it?

I am willing to bet for the majority of brands social media’s impact on the bottom line is nominal. You can quickly prove it. Silence your brand’s social activity for a week, and see what happens. See if it makes a lick of difference to sales, relationships, and referrals.

The problem is we’ve bought into the hype. The social platforms — Facebook, LinkedIn, Twitter, and Google — have convinced us that “Followers” are “Fans.” It’s a masterful stroke of marketing. They’ve sold us on the idea that lots of followers and engagement are a sign of popularity and appreciation. But it’s not!

Reciprocation Is Not Appreciation

Likes and followers are Pavlovian responses, not fans.

Your brand can generate thousands of followers in a short period of time, but these aren’t relationships. They’re shallow connections at best.

A “fan” is distinctly different from a “follower.”

In 2008, Kevin Kelly wrote an influential blog post, 1,000 True Fans. He argued, “Instead of trying to reach the narrow and unlikely peaks of platinum bestseller hits, blockbusters, and celebrity status, you can aim for direct connection with a thousand true fans.”

A true fan is a good ol’ fashion customer that sings your brand’s praises. They’re the ones that talk about your company, and gladly refer you to friends, family, and colleagues. They don’t expect anything in return. They’re happy to do it, because they know your brand, like it, and trust it.

I say “good ol’ fashion customer” deliberately. In the pre-social media era generating an audience with true fans was hard work. Companies spent years establishing rapport and nurturing relationships, but it was worthwhile. True fans are more profitable, and an excellent source of generating new customers.

True fans exist today, but they get glossed over and ignored in the pursuit of social media metrics.

You can’t count your fans based on Likes and followers. You count them in terms of brand loyalty, referrals, and participation. These aren’t glamorous metrics. The numbers are small, and the outcomes are squiggly.

True fans are the measure of a Sticky Brand. When your customers know you, like you, and trust you they’ll sing your brand’s praises. They’ll line up for a new product release. They’ll refer you to friends and colleagues. And they’ll choose your brand first every single time.

It’s a question of priorities. Do you want followers or fans? Each direction requires entirely different strategies, behaviors, metrics, and investments. You can still use social media to engage and serve your fans, but it’s going to be only a small portion of the work.