Sweet Jesus Isn’t Changing Its Name, Despite a Boycott and Backlash 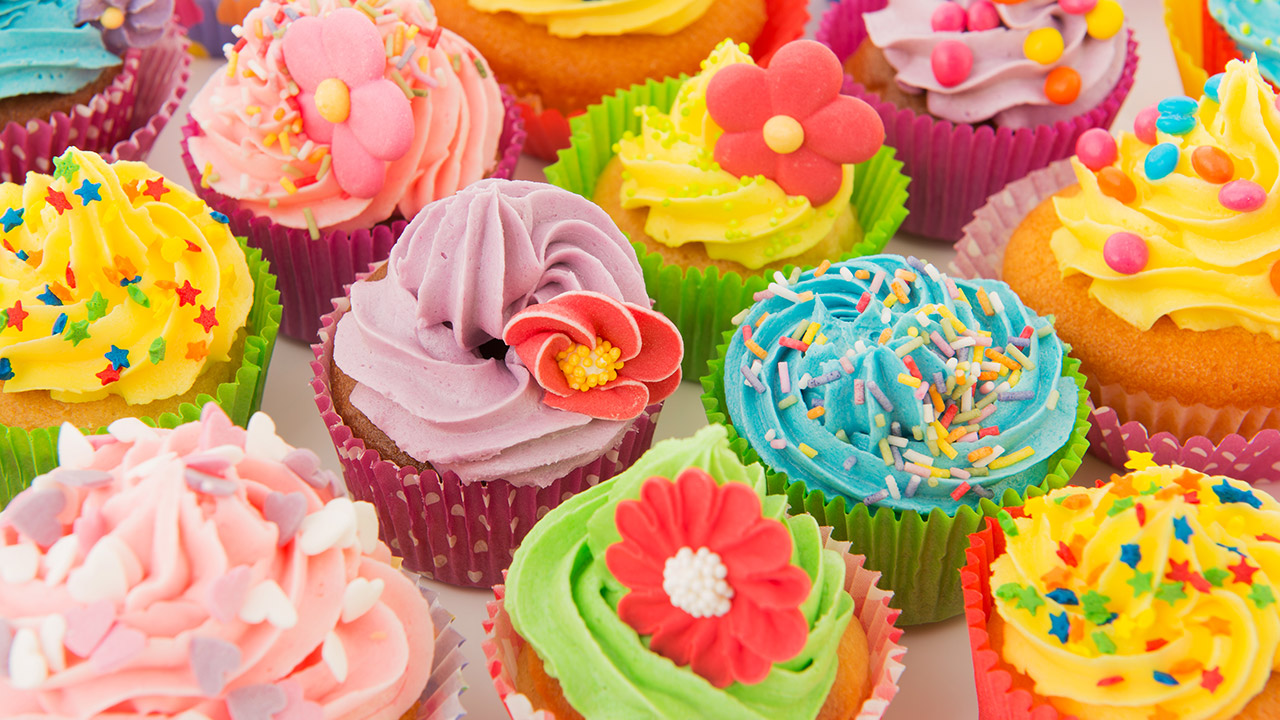 P.T. Barnum once said, “There’s no such thing as bad publicity.”

I am sure there can be a case made for P.T. Barnum’s position, but I’d argue offending your customers is never a good idea — especially when you’re entering a new market. 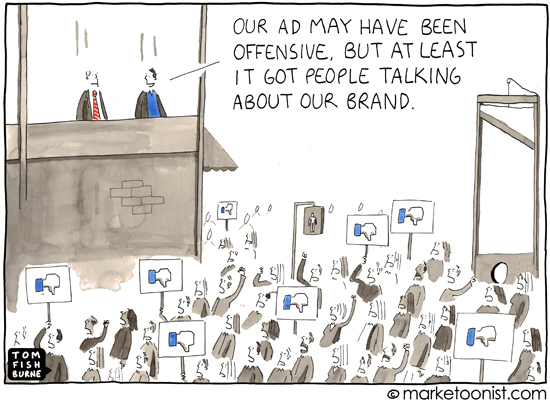 Toronto-based ice cream parlour, Sweet Jesus pissed off the locals as they entered the U.S. market and now face a boycott with Christians calling the branding “hate speech.” A petition against the company in CitizenGo.org states, “Choosing the name of our Lord for a brand of soft-serve ice cream is totally offensive and revolting.”

Despite the controversy, the company is keeping the name. Andrew Richmond, CEO of Monarch and Misfits — the restaurant group that owns Sweet Jesus — said in a statement to the CBC, “After a lot of thought, we have decided that we will not make a change.”

He continues, “We are conscious of the fact that, to some, our name can be off-putting … That fact is something we struggle with, because we sincerely do not wish to give offence or show disrespect in any way toward anyone’s personal beliefs.”

I applaud Andrew and his team for their grit, but I don’t think they’ve overcome this challenge yet. The brand will offend more Americans than it will please. My advice is to change the company name. Here’s why.

Your Name Works Here, but Not There

Canada and the United States are close neighbors and we have a lot in common, but we’re also very different. 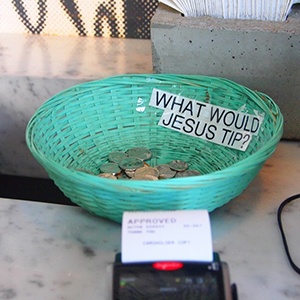 Religion is one of the differences between the countries. According to Mara Einstein, author of Brands of Faith, “Religion is more widely practiced in the United States than in any other industrialized nation in the world. The most widely publicized statistics are that 40 to 45 percent of Americans attend a religious service on a weekly basis while more than 90 percent claim to believe in a higher power.”

The stats are very different in Canada. According to Statistics Canada, 21% of Canadians attend a religious service on a weekly basis, and 65% believe in a higher power.

For this reason, and this reason alone, I believe Sweet Jesus is making a mistake not changing its name for the American market.

On the Sweet Jesus website the company writes, “Our name was created from the popular phrase that people use as an expression of enjoyment, surprise or disbelief. Our aim is not to offer commentary on anyone’s religion or belief systems. Our own organization is made up of amazing people that represent a wide range of cultural and religious beliefs.”

That statement may work in Canada, but it’s not going to assuage American consumers. The name is toxic.

Launching in a Foreign Market Is Harder than You Think

Even without a boycott, Sweet Jesus faces a difficult road ahead. Launching a brand in a foreign market has an incredibly high failure rate: 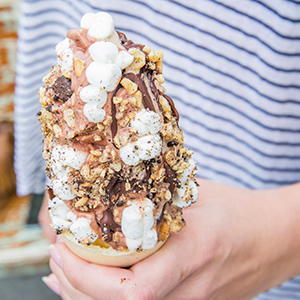 With established brands like Jeni’s and Salt & Straw in the U.S., Sweet Jesus is entering a very competitive market. These companies deliver incredible products, have loyal customers, and there’s nothing offensive or polarizing about the brands.

Sweet Jesus needs to win the hearts and minds of new customers. It has an advantage in its Instagram-worthy desserts, but customers don’t come back twice if they find your brand offensive.

Capture the Momentum, Change the Name

Sweet Jesus is more than a name, it’s a branding system. The company may argue, “Our aim is not to offer commentary on anyone’s religion or belief systems,” but religion is baked into the brand identity: 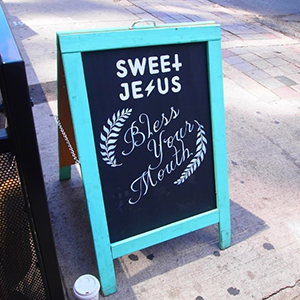 The brand is fundamentally flawed for the United States market and deserves a name change. But it’s not all bad.

Sweet Jesus have proven themselves masters of publicity. The company can leverage the national media coverage and brand awareness to its advantage. It can work with local groups to co-create an evocative name that engages versus repels customers.

If Sweet Jesus can change the conversation and engage its markets, then P.T. Barnum’s quote fits. There’s no such thing as bad publicity, provided you win them over.